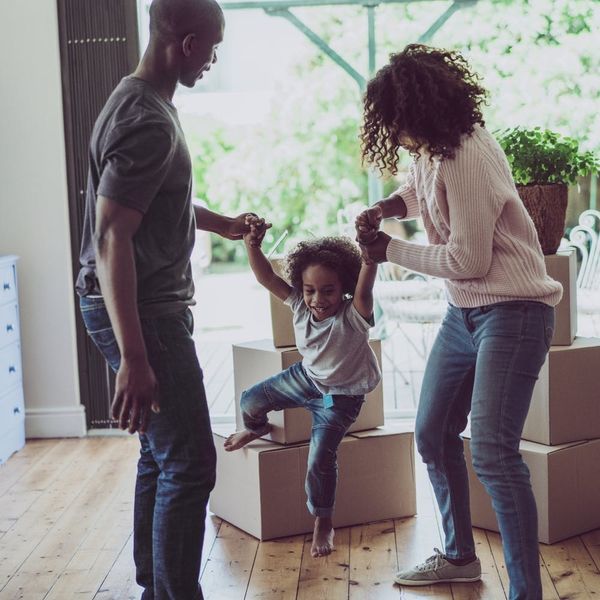 Young millennials, perhaps surprisingly, have recently been found to actually prefer more traditional marriages. Combine that with a generational blind spot when it comes to good financial habits, and you could end up with a dangerous mix that is more commonly being seen as one of the major factors in divorce.

Of course, there are many reasons besides finances that couples decide to end their marriage, and many reasons why exes may not be able to maintain a relationship after the fact. For divorced couple Victoria Baldwin and Adam Dyson, being friends wasn’t off the table for them, and like many parents (celebs included!) who decide to co-parent their children after splitting, they decided to keep things civil for one super important reason: to make sure their son Bruce still has concrete memories of his family.

Baldwin and Dyson still keep their annual family photo shoot tradition, despite no longer being married. “I have always valued photos because I never had more than two or three of myself as a kid,” Baldwin told People, explaining that her parents were also divorced and she had no photos from her childhood with both her parents in it.

The parents go to great lengths to organize the photoshoots — literally. Baldwin lives in Alaska and Dyson lives in South Carolina. Baldwin says it’s important to remember that the parents are the ones who chose to divorce, not the child. Little Bruce is reportedly much happier now that his parents get along better in their new arrangement, and even has all his family pics up in his room. BRB, crying now.

While not every situation is the same, it’s truly inspiring to see Baldwin and Dyson making the best of their situation for the sake of their son. “Bruce loves when Mom and Dad are together, because he gets to talk to both of us at the same time and tell us about his day and show us the new things he can do,” Baldwin says. She reiterates that while it isn’t always a piece of cake, it’s worth it in the end for them. “It may make you cringe because you have hurt feelings or anger or sadness — but your child will thrive because of it.”

What do you think of this family’s non-traditional tradition? Let us know @BritandCo!