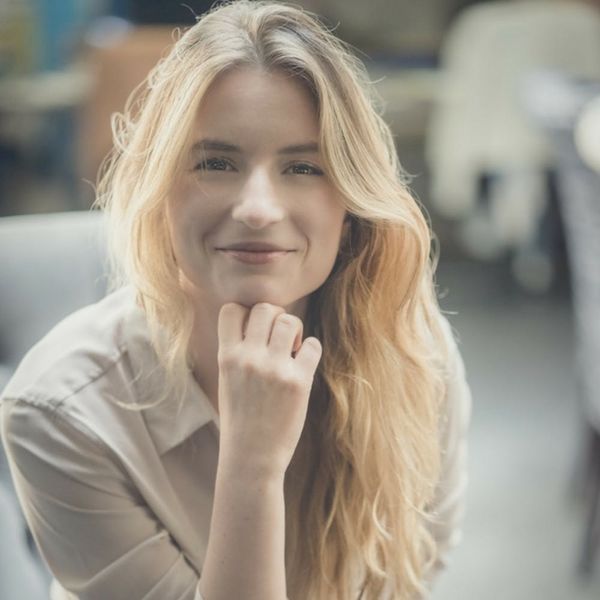 Most of us want to be considered travel experts and some of us are still waiting for our travel blogger dreams to come true, but Daria Rebenok is the definition of worldly. Born in Moscow, Daria speaks five languages, holds degrees in world economics, international affairs and political science and maybe, definitely has more stamps in her passport than you. And all those cultural experiences led her to co-found Grabr, a platform that creates an international community where users have access to goods that they otherwise couldn’t buy, like NYC’s famous rainbow bagels, by connecting shoppers to travelers headed their way. We caught up with Daria to talk tech, travel and what it takes to be a #girlboss.

B+C: You’re originally from Moscow, Russia. Can you share your journey that led you to the States?

DR: I’ve been traveling for as long as I can remember. I went to university in Moscow, but have managed to live and study in London, Berlin, Barcelona and Rome. After I graduated from school, I went to gain experience and work in consulting at Ernst & Young, which gave me great experience but also made me realize that I never want to work in big corporate companies again. A year after I graduated, I moved to San Francisco to help my now husband build his first startup – myWebRoom.

B+C: Was founding a tech startup always the dream or were there some side gigs along the way?

DR: Grabr started as a side project when my husband and I were working on our other startup, myWebRoom, where I served as the chief marketing officer. It came naturally when we were craving certain goods from Spain that we were so used to but didn’t have a way to get them to San Francisco. The idea came about very quickly and we clearly knew what we wanted to build and how it should work. Soon after, we created a prototype which had lots of interest from users, investors and the tech community. The next step was turning it into a real company and moving to San Francisco to become a full-time CEO.

B+C: Is it global? If so, how many countries are represented in your user base?

B+C: What’s the craziest request someone on Grabr has made?

DR: The most ridiculous items vary from hockey gear sent to Thailand, rare car details, sand from the beach on Bora Bora, a jar of air from Madrid, Rainbow Bagels from Brooklyn and Voodoo Donuts from Portland.

B+C: So, you can speak, what, five languages? How does that happen and more importantly, do you think being well-rounded in various cultures has helped you as a CEO?

DR: I speak Russian, English, Italian, German and Spanish. I’ve always had a love and passion for languages and was also very lucky to have the opportunity to study in different countries since I was little. I think knowing languages gives you an incredible opportunity to learn and understand cultures and people from the inside, which is definitely very important when you are doing business with people with various backgrounds from around the world. I think it has definitely helped me as a CEO to orient much quicker and understand business cultures of countries in which we work.

B+C: What location is getting the next stamp on your passport?

DR: Definitely India and then, Butan.

B+C: For all the #girlbosses around the world, what’s your best advice?

DR: My biggest advice is to always pursue your dream and believe in yourself. Don’t listen to anyone who turns you down, try to find power and light inside yourself and don’t be afraid. We women have so much potential and so much more energy, we just need to know it and believe that we can do it, and then we will.

Know a #girlboss we should chat with? Tweet us @BritandCo!