This Is Not a Drill: You Can Go on a Cruise With the Backstreet Boys 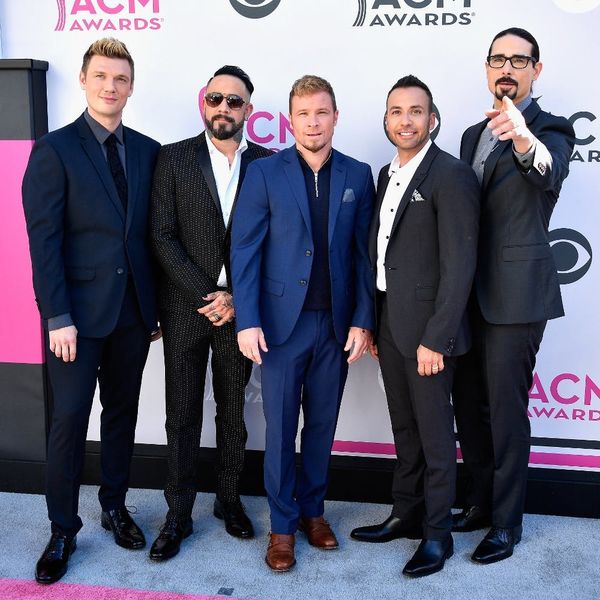 Today is an AWESOME day for anyone who loves music from the ’90s and 2000s! Not only have the Spice Girls (AKA GEM) just revealed that they’ll be reuniting (though, with a bit of a catch), now we’re getting ready to hit the water with the latest news from one of our fave OG boy bands. Prepare yourself for on-deck shenanigans and up-close-and-personal performances, because you can now go on a cruise with the Backstreet Boys.

Almost as popular today as they were when they first hit the scene, a successful Las Vegas residency and a fan base that’s as dedicated as always assures us that heading on vacay with the fab five is something that plenty of fans would be eager to do. That’s why it’s time to get ready for #BSBCruise2018.

In the sixth (!) run of the obviously popular trip, you’ll be able to board the ship for a four-day party which will travel from Miami to Grand Turk. Themed parties, two special performances per day, and up-close-and-personal meet-ups with Nick Carter, AJ McLean, Howie D., Kevin Richardson, and Brian Littrell make this a dream for any hardcore BB fan.

From the looks of past cruises, things can get pretty, um, wild…

Do you feel jealous right now? Lmfao a good way to start the day! Thank God @backstreetboys invented the best cruise parties ever! 👏🏻 and I thank even more the fact that @nickcarter has lots of fun with these parties! 😏 #bsb #backstreetboys #bsbcruise #bsbcruise2016 #magicmike #fifthshades #50shadesofBSB #50shades

Things that happen on a #bsbcruise 🙈 Few cabins left on our #bsbcruise2016.. Book today: backstreetboyscruise.com

It’s scheduled for May 4 through May 7, 2018, so you have just enough time to save up the $700 needed per ticket. Or, if you’re ready to splurge now, you can nab tix for you and your bestie and find more info at BackstreetBoysCruise.com.

Would you (or someone you know) love to go on a Backstreet Boys cruise? Let us know @BritandCo!