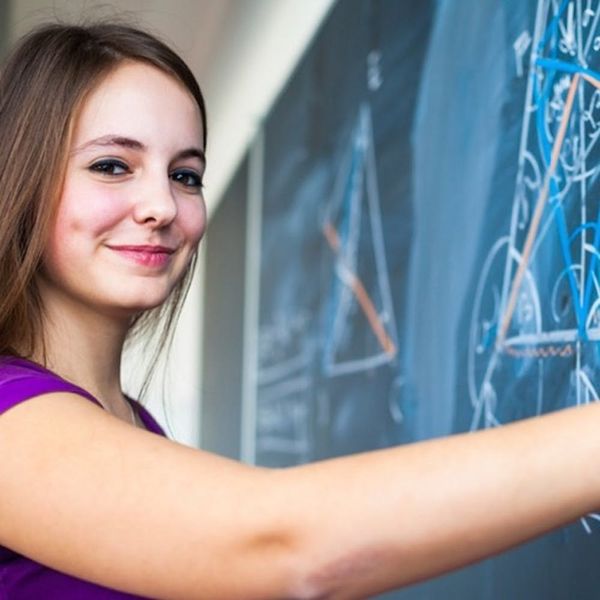 We already knew that when it came to subjects like math and science, girls as young as age six were more likely to report anxiety while taking tests on the subject than boys (among other things), a likely side effect brought on by years of insecurities surrounding the subject, passed down to us from our mothers.

A new study from the Florida State University, however, suggests that it’s these exact insecurities, and not lack of ability in the realms of math or science, that are holding our young women back from going after PEMC (physical, engineering, mathematics, and computer-sciences) careers.

The study saw researchers following 10th grade students of both genders for a period of six years to mark their post-high school graduate progress, during which time they were surveyed about their feelings regarding their skill sets in math and science.

While the boys were predictably more confident, rating their abilities 27 percent higher than that of their female peers, their responses also correlated with their success or lack thereof in PEMC fields.

“That’s important, because those confidence levels…[also] influence the majors they intend to pursue and the majors they actually declare and continue on with in degrees and potential careers,” one of the study’s co-author’s, Lara Perez-Felkner, said.

The study’s authors speculate that this is because girls tend to pursue perfection over failure, as they tend to judge themselves more harshly and hold themselves to more restrictive societal standards. That means shying away from careers in PEMC which, incidentally, also tend to have higher pay, ultimately negatively affecting our gender wage gap.

It’s a conclusion which certainly holds up against last year’s findings from Queen Mary University of London, which suggested that countries with more progressive views (AKA those that would empower young women to embark on intellectual, PEMC pursuits) had less of a performance gap between girls and boys in math.

In short? We need to work to find a way to make sure our young women know — and more importantly, feel — that they are every bit as capable of solving mathematical and science problems as their male counterparts if we ever want to see the pendulum start to swing in the other direction.

Sounds like it’s time to dust off our old cheerleading pom-poms and get to work rooting them on!

Are you surprised by the study’s findings? Share with us @BritandCo.

Nicole Briese
Nicole is the weekend editor for Brit + Co who loves bringing you all the latest buzz. When she's not busy typing away into the wee hours, you can usually find her canoodling with her fur babies, rooting around in a bookstore, or rocking out at a concert of some sort (Guns N' Roses forever!). Check out all her latest musings and past work at nicolebjean.com.
Empowering Girls
Celebrity News
Empowering Girls science study
More From Celebrity News