This Is the Fine Line That Separates Confidence from Cockiness 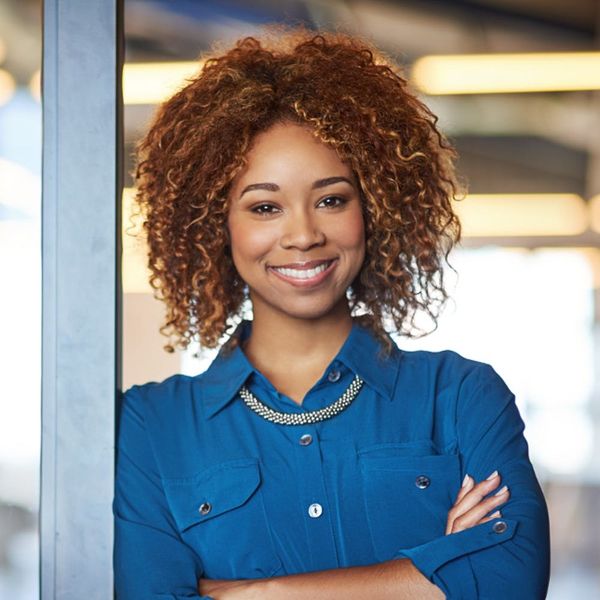 What’s wrong with being confident? The catchy Demi Lovato song has a point: Now is the time for confident women to shine. Whether you’re getting there by using power poses at work or reading confidence-boosting books, the ability to not only believe in yourself but project that idea to others can help you get ahead and be a huge antidote to feelings like imposter syndrome — if you don’t cross the line into cockiness. That line can often seem blurry, but leadership expert Amma Marfo helps us sharpen it up.

The confusion can have to do with how someone was raised. “What one person might see as cocky, another might see as confident,” Amma explains. “I truly believe that the difference between the two is where they’re grounded. Confidence is based in proof. Cockiness is less grounded, and more dependent on self-reassurance — sometimes at the expense or ignorance of evidence or reality.”

When you’re having trouble telling the two apart, it’s important to look at their definitions and differences. Confidence, Amma says, is the aptitude to trust in your abilities and sense of self. While this belief is core to possessing confidence, one caveat shapes the whole meaning of the word: humility.

“In my experience, confident people are willing to accept praise where it’s earned — but are equally open to deflecting it if someone else is deserving,” Amma shares.

Amma sees the root of your positive self-image lying in the way you were affirmed as you grew up. She points out the subtle but important distinction between being praised for being “naturally” good at things versus being praised for working hard. Over time, being encouraged in one way or the other shapes the kind of faith in yourself you grow to have as an adult.

If this confidence is pushed to the point of self-assurance without proof, you’ve reached cockiness. Like Amma says, this line is blurry, and both terms are incredibly subjective. However, one key trait of cockiness, or narcissism, is that while cocky people believe the same thing as confident people, they do so without any justification for that pride.

The true danger of cockiness is its tendency to grow over time. However, someone who falls into narcissism can be changed: All it takes is the right support and a little bit of self-awareness.

Where do you draw the line between confidence and cockiness? Let us know @BritandCo!

Gabrielle Gresge
Gabrielle Gresge is a Chicago native and journalism student at the University of Missouri. While not chasing deadlines, she enjoys giving campus tours, exploring her new home, and missing her old one. She loves to write about these experiences in her own handwriting at gabriellegresge.wordpress.com.
Adulting
Relationships
Adulting Girlboss Healthy Living Relationship Advice