This Is the Rare Brain Condition That Affects Musicians Like Lorde 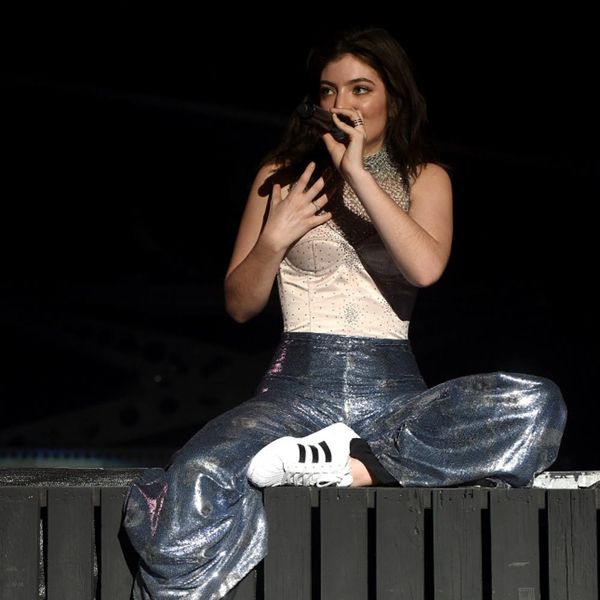 When you put on your favorite song or album, do you ever wonder how the musicians put them together? Obviously, there’s a lot to music, including how it makes you feel and just what inspired the artists (like Tay Swift’s influence on Harry Styles), but what if a musician saw as well as heard the sounds around them? For some musicians (and regular folks!), there is a super rare condition known as synesthesia which enables the person affected to see music in a very unique way.

Lorde recently opened up about her synesthesia in a profile in the New York Times, saying that her sound-to-color condition allows her to visualize her music as very real colors. “From the moment I start something, I can see the finished song, even if it’s far-off and foggy,” she says about her creative process. And she’s not the only celebrity musician with the condition, either.

There is a long list of musicians past and present with the condition, including Kanye West, who has the ability to “see sounds.” Sound-to-color isn’t the only type of the condition, which is technically categorized as something that triggers multiple senses at once. There’s time-space synesthesia (the most common), in which people perceive time in a location (tomorrow is usually located to the left); grapheme-color, in which letters and numbers get assigned colors in the person’s mind; the sound-color version which so many musicians have; and then the touch-taste type, the most rare of all, where people can only describe tastes in terms of shapes (like eggs being square).

While having this condition doesn’t necessarily mean that you’d become a famous musician, it’s definitely interesting that so many people throughout history have had this condition and gone on to make some of the most lasting music of all time .

Do you know anyone with synesthesia? Tell us about it @BritandCo!

Kat Armstrong
Kat has been a writer, social media maven and mom for longer than she's willing to admit. She's also spent time in front of and behind the camera, interviewing celebs, politicians and acting as a producer for fashion and artistic photography shoots. When she isn't writing for various orgs and publications, she's hanging with her kids, husband and French Bulldog, Peter, in Toronto, Canada.
Music
Music
Music