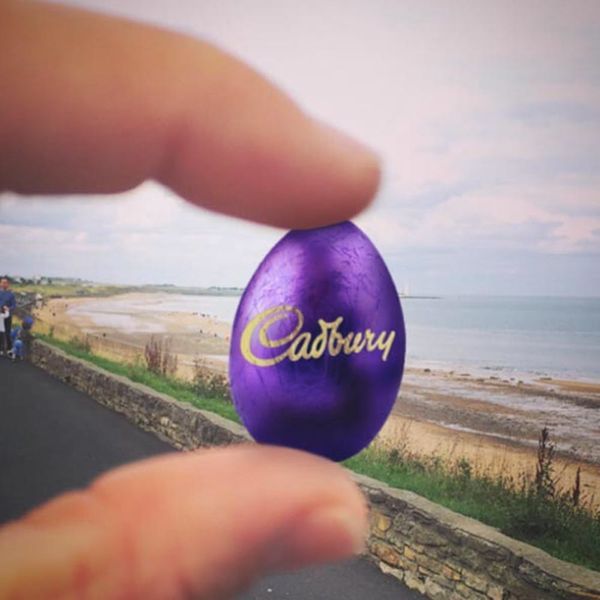 It’s not even Valentine’s Day, but already candy companies (and the peeps at Refinery 29) are on to the next: Easter. More specifically? Cadbury eggs (have you tried these recipes?).

The little chocolate delights, whose months of reign are only just beginning (at least if you’re not particular about the recipe, which underwent a controversial change from milk-chocolate-based to sugar-based eggs last year), rolled out a new flavor in 2016, and it’s enough to have us practically salivating.

#TBT / Please God bring these to the U.S.! Last year I sent a Canadian the Cinnamon Bun Oreos, and her return gift was 12 expertly packed Cadbury Oreo Eggs. These were an impossibly good and I miss them so much. Whose Oreo D do we have to suck to get these in the States? 🤔#AskingForAFriend #ImTheFriend

As it turns out, our friends in Canada (and maybe Australia, according to a Refinery reader) have been enjoying CADBURY OREO EGGS right under (and over?) our noses.

The outlet caught wind of the hybrid thanks to an Instagram photo posted by @junkbanter. “Last year I sent a Canadian the Cinnabon Oreos, and her return gift was 12 expertly packed Canadian Oreo Eggs. They were an easy and convincing 10/10, even besting the new Reese’s Eggs…” (Where do we sign up for this exchange?)

While it’s unclear which chocolate recipe was used for this particular treat, the ooey gooey goodness we’ve all come to know and love appears to be filled with chocolately chunks of cookie. Um, YUM?!

Who knows? With sales down last year from the recipe change, perhaps the company will have a change of heart and tempt us with these little delights stateside. How else are they supposed to compete with Peeps Oreos?

Nicole Briese
Nicole is the weekend editor for Brit + Co who loves bringing you all the latest buzz. When she's not busy typing away into the wee hours, you can usually find her canoodling with her fur babies, rooting around in a bookstore, or rocking out at a concert of some sort (Guns N' Roses forever!). Check out all her latest musings and past work at nicolebjean.com.
Chocolate
Most Recent
Chocolate Easter