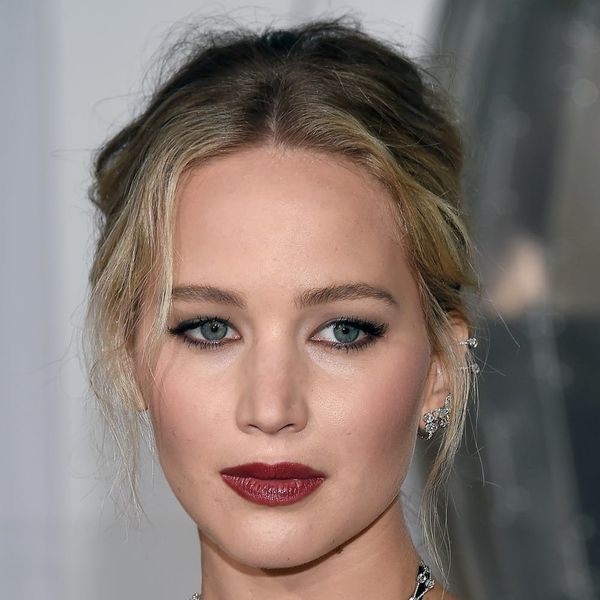 There’s no doubt that Jennifer Lawrence is an A-list lady in the entertainment industry. Just 27, the star has not only set Oscar records as the youngest person to have received four nominations, but she’s also nabbed the top spot on Forbes‘ highest-paid actress list for the past two years running. The queen has just been dethroned, however — at least when it comes to making bank.

Forbes released its list for 2017, and while the X-Men: Dark Phoenix star still did quite well for herself (to put it mildly), earning $24 million for her recent works, she’s been bumped out of the top spot by none other than 28-year-old Emma Stone. Considering La La Land took in around $445.3 million at the global box office, it should come as no surprise that its leading actress would walk away with a pretty paycheck: The Oscar winner reportedly raked in a whopping $26 million in pre-tax dollars throughout the 12-month scoring period.

Jennifer Aniston was this year’s runner-up, with $25.5 million coming in from her various movie roles and lucrative endorsements with brands such as Emirates airlines, Smartwater, and Aveeno. Hair-care line Living Proof (which she owned a stake in) was also sold for an undisclosed amount in December 2016, which resulted in another plump payday for the former fictional Rachel Green.

Are style mags your idea of summer reading? #Aveeno Sheer Hydration smoothes on powder-light so you can find out which summer trends will stick around without any sticky-fingers. 📷: @samanthacossick

As for Lawrence, she took in a little over half of the $46 million (!!) that she earned in 2016, accounting for her drop to third place.

Other leading ladies who are bringing in the big bucks this year included the always-hilarious Melissa McCarthy, who came in at an impressive number four with $18 million to speak of, and Mila Kunis, who rounded out the top five with $15.5 million.

While the numbers may sound staggering to the average person (the 10 highest-paid actresses of 2017 will see an estimated grand total of $172.5 million in pre-tax dollars between June 1, 2016, and June 1, 2017 — yowza!), they still have a long way to go to catch up to their male counterparts. The publication’s list of highest-paid celebs of 2017 shows Mark Wahlberg as the highest-paid actor with a reported $68 million — a staggering $40 million above Stone’s 2017 earnings.

Looks like Stone won’t be giving up the fight for equal pay anytime soon!

Are you surprised to find out that Emma Stone made more than Jennifer Lawrence this year? Let us know @BritandCo!

Desiree O
Desirée O is a ‘Professional Bohemian’ who loves anything and everything related to the arts, entertainment, and pop culture. She ADORES being a ‘Newsy’ for Brit + Co, covering all of the latest tidbits of awesomeness that you want to read about. When she’s not writing, she’s either making messy art, going on long adventurous walks with her camera, or poking around over at bohemianizm (http://www.bohemianizm.com/). You can find out about Desirée O and her work at http://DesireeO.com/ or follow her on Twitter @DesireeO.
money
Celebrity News
money