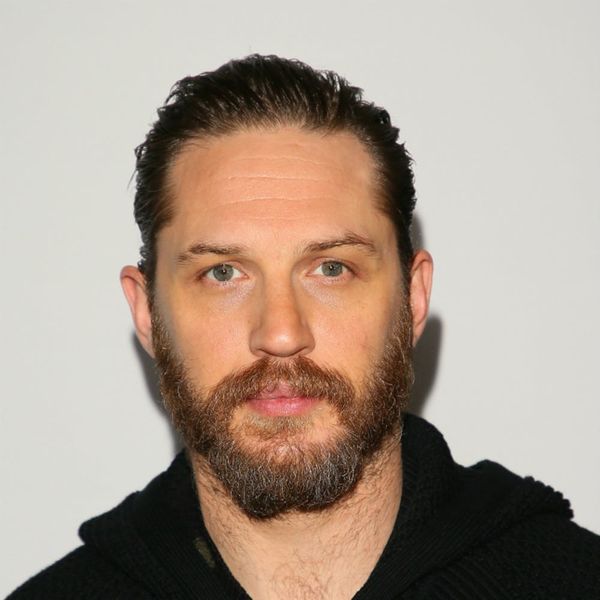 What is it, exactly, about Tom Hardy? He’s incredibly handsome, yes. He totally adores animals, true. And he loves kids (so much that he and his dog read a bed time story for them). He seems like a totally hilarious, down-to-earth guy, even letting friends like Leo DiCaprio give him a tattoo after a bet gone bad.

But the characters he plays on TV oftentimes seem… gruff. From his role as Bane in The Dark Knight Rises to his latest grumbling incarnation, James Delaney on his FX show Taboo, Hardy frequently uses his vocal cords to convey more than just scripted words on the page. Now, someone’s taken the time to combine all those grunts into 40 glorious seconds, and we’re forever grateful for it.

Taken from the aforementioned show, Taboo, where Hardy plays a man back from the brink, we had no idea how much we needed to hear 40 seconds of the actor grunting until we watched the vid. The 72 (!) featured grunts are taken from the first five episodes alone, which means if you watch the entire series, you’ll probably get over 100 grunts start to finish.

If grunting isn’t your bag, however, have no fear, because the BBC has confirmed that in addition to the first bedtime story Tom recorded, he’s also filmed four more, for a total of five stories total.

We’ll take a little bit of both, please and thanks!