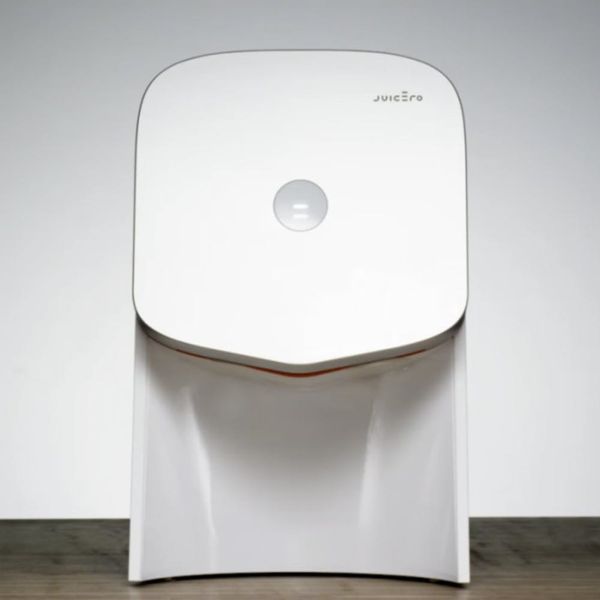 In the last year or so, the at-home juicing company Juicero has become a splash hit among people who are looking for fresh pressed juice at home. The company became something of a darling in Silicon Valley, where backers provided over $100 million in funding to get the company off the ground. Their WiFi-enabled juice press works with their specially designed juice packs, but as some intrepid reporters have found out, the $400 machine is actually pretty useless — and that finding has sent the internet into a tizzy.

First, a bit of background. According to the company, they’ve taken all the work out of getting fresh-pressed juice at home. For $399, you get your WiFi-compatible machine that will gently squeeze your Juicero juice packs into a glass, which removes your need for bulky juicers. The company even created a hilarious commercial to explain everything they do. Juicero claims that the press is strong enough to press entire veggies into delicious, drinkable juice. There’s only one problem, though. As Bloomberg News realized, you don’t even need the juicer and can simply use your hands to get the juice out of the machine.

Here’s where the drama gets even more ridiculous. One Juicero customer took the time to slice open a juice pack, and all they found was some pulped vegetable matter, which they then squished through their hands. Needless to say, the internet responded swiftly.

Oh my god, the Juicero story is literally the Juice-Loosener from The Simpsons pic.twitter.com/e6Vo0Gg7WJ

With the company’s founder Doug Evans initially begging users not to hand squeeze their juice packs, the company has now done a complete 180 and is offering full refunds for anyone unhappy with their system, which originally cost $600 (wut).

Kat Armstrong
Kat has been a writer, social media maven and mom for longer than she's willing to admit. She's also spent time in front of and behind the camera, interviewing celebs, politicians and acting as a producer for fashion and artistic photography shoots. When she isn't writing for various orgs and publications, she's hanging with her kids, husband and French Bulldog, Peter, in Toronto, Canada.
Tech News
Food News
Tech News
The Conversation