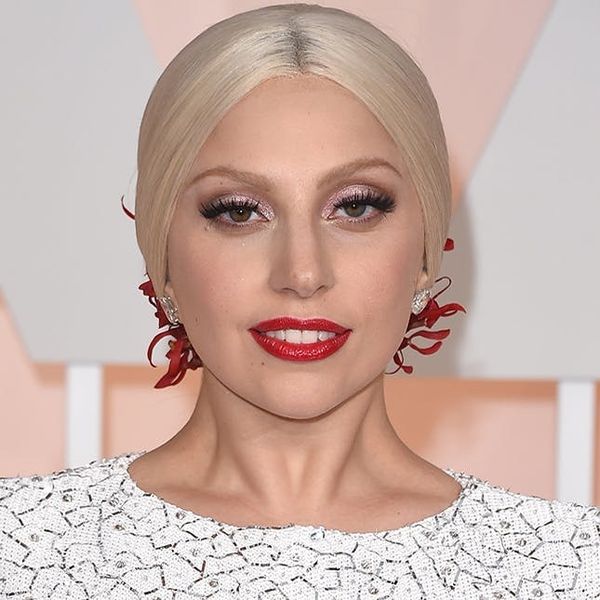 Get ready for the collaboration of your dreams! Lady Gaga has teamed up with beauty brand Shiseido and one of the artists behind the infamous Hello Kitty, Yuko Yamaguchi, to create a limited edition line of stickers for her fans, available exclusively on the Japanese social media app Line.

Lady Gaga was officially named as the face of Shiseido in December 2014, and recently appeared in a series of Japanese commercials where she encouraged viewers to “be themselves,” with a little help from Shiseido products. The campaign began airing July 29 and inspired the line of stickers that will be offered for free to users of the app Line.

Illustrated by Yuko Yamaguchi, the collection of eight stamps features a reimagined Lady Gaga as a wide-eyed cartoon, sporting some of the looks featured in the Shiseido campaign. Each of the stickers is accompanied by a tag line such as “paws up” (slang for “you do you”) or “OK.” You’ll notice that each look represents Gaga at separate points of her career, including her infamous hair bow from the early Gaga-era.

For a campaign that promotes being your own unique self, the brand could not have chosen a better spokesperson. As we all know, Gaga has been a vocal advocate for always being true to yourself and rocking your own kind of look. You can nab these eight stickers through Line Japan, where you can download them for free through September 21.

Are you excited for this collaboration? Let us know your thoughts in the comments below!

Morgan Hart
Morgan is a photographer, skincare addict and blogger over at Blushing Wit. She has a deep love for writing, sunshine and Chris Pratt.
Fashion
More From Fashion