This OITNB Star Just Did a Super Inspiring TED Talk 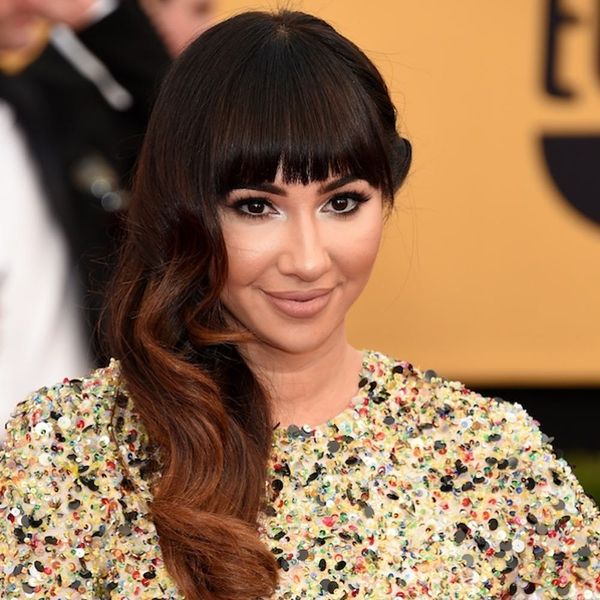 If having Orange Is the New Black withdrawals is a crime you’d better haul us off to Litchfield this second because we are jonesing hardcore. It’s been two months since we binge watched the show and we’re still obsessing over every bit of OITNB news we can get our hands on. We’re stoked to try Laura Prepon’s Stash Diet, we’re proud of the cast collab with Caitlyn Jenner and we drool over the behind-the-scenes snaps on Instagram on the daily.

It doesn’t matter where you’re from: Jackie was born to a young single mother in the Dominican Republic. Her mom was trying to raise Jackie and study medicine at the same time so Jackie admits that most of the time the TV was her babysitter. Watching shows made her realize she wanted to be an actress so her mom worked two jobs to allow her to enroll in dance and singing classes. Eventually the family moved to Hollywood but the influence of her Latin American heritage can still be seen in her work today.

You can succeed despite tragedy: When she was 17 Jackie was in a serious car accident that left her in a coma for 72 hours. After the accident Jackie had major brain surgery and had to re-learn how to walk. When she was undergoing treatment Jackie said she had dark and even suicidal thoughts. While in rehab she met a younger girl named Melly who was paralyzed from the neck down and still cheerful. Her spirit inspired Jackie to get back in shape and continue acting.

You have to keep working, even if you only get small jobs: Like many creative people it took a while for Jackie to get her big break. She spent years trying to be an actress and taking small parts in TV shows. She also took time to try and build her music career in New York (and in Miami that one time she kissed Kourtney Kardashian). Her experience in the industry pre-OITNB shows us that if you want to achieve a goal you sometimes have to put in years of small work before seeing big results.

Surround yourself with cool women: Jackie says she considers the Netflix show a blessing not just because it was her big break but also because she found inspiration in her cast mates. She says she loves being surrounded by women who are “not the stereotypical Hollywood beauties I grew up watching,” and instead are “an array of colors that defy the meaning of beautiful.”

Beauty and success comes from within: Jackie says she’s excited to succeed in Hollywood despite her brain injury. Her accident made her realize that physical beauty is not important. “Giving it your all with all your heart regardless of what is on your outside,” is an important factor in success, “real people-real women-lead with their hearts and not with their looks.”

What’s the best thing you’ve ever learned from a TED Talk? Tell us in the comments!

Molly Sanchez
Molly Sanchez is a writer, comedian and lover of burritos everywhere. She has written for The Bold Italic, Liquid Bread, Thrillist and HelloGiggles. She devotes her time to Bloody Mary research, exploring San Francisco and promoting wide spread shower beer awareness and appreciation. Find her on Twitter @seriousmolly trying to get famous people to laugh at her jokes or on Instagram @mollyfuckingsanchez where she swears a lot.
Kardashians
Home News
Kardashians
More From Home News