This Study Found a Weird Link Between Death and Intimacy 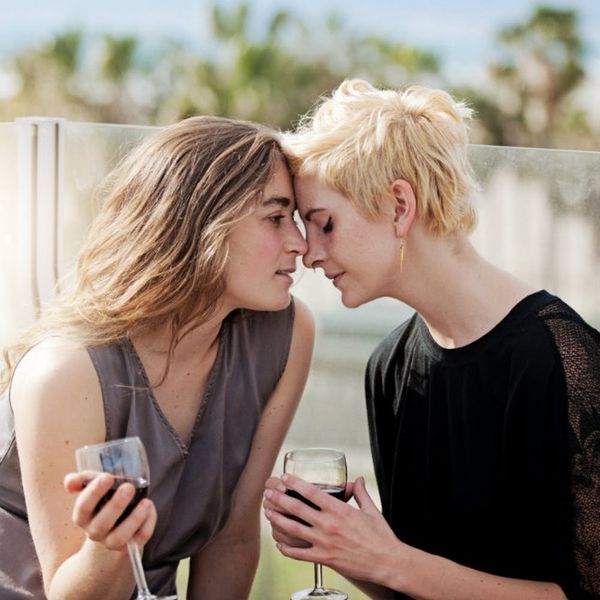 There are things you love talking to your partner about, from where you want to go on vacation to your career dreams. Then there are the awkward, sensitive or super deep topics that you hesitate to mention. Stuff like money, jealousy, mental health — or even death. Unless you’re chatting about your favorite celeb who just passed away, death is a hard topic to bring up in convos. However, a 2016 study by researchers at Long Island University found that this topic actually brings some couples closer.

“In the 21st century, dissatisfaction in long-term, romantic relationships is prevalent,” the study says. “Consequently, researchers have explored various interventions that help partners preserve and nourish romance in relationships over time.” But, the study notes, there hasn’t been a lot of research on whether or not awareness of death has the potential to improve relationships. Building on several studies that show awareness that we’re not going to live forever drives people to seek out meaning and purpose in their lives, Long Island University researchers wanted to see if awareness of death also led to more meaningful relationships.

The awareness that life is short didn’t mean that couples tried to fake their love or hold onto a relationship that wasn’t working. Researchers found that high mortality salience doesn’t effect passion or commitment in relationships. So, they basically found what all your girlfriends said about your last ex: Life’s too short to stay in an unfulfilling relationship.

Charmaine Frapp, an astrologer and spiritual adviser to couples, has seen the results of this study come to life in her clients. She agrees that couples who are aware of death are closer, but she has also seen that couples who talk about death in a positive way see a difference in relationship satisfaction.

“I’ve learned that couples who speak honestly and openly about death with one another cross an important rubicon,” she says. ”This rubicon is an admission that their time on Earth is brief, that love and life are fragile and must be cherished with delicate hands.”

It’s like YOLO, but for relationships. If you know that you only have one life to live and that life is limited, you’ll be less inclined to take your relationships for granted. “Mortality salience puts one’s sense of self into cosmic perspective,” Charmaine says. “It lends itself to humility, which in turn leads to gratitude and kindness.”

How do you and your partner approach hard topics? Let us know @BritandCo!