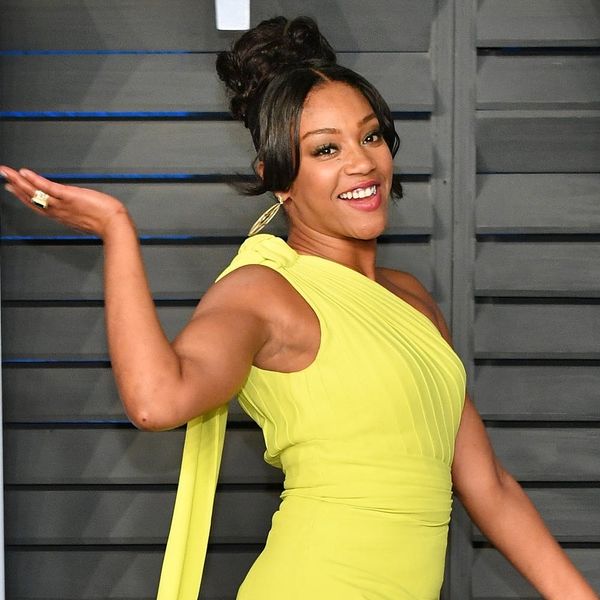 From the red carpet to the stage and even the crowd inside LA’s Dolby Theatre, the 2018 Oscars had plenty of memorable moments that were both sincere and hilarious. Tiffany Haddish and Maya Rudolph’s show-stealing appearance was a definite highlight, and viewers immediately demanded that they host the 2019 Oscars. Haddish has now responded to the request and revealed the one thing that would make her take on the job.

“I would totally do it if we get paid!” Haddish told ET after the telecast. “‘Cause I didn’t get paid for [presenting]. I didn’t get nothing. If I get paid, I’m down. ‘Cause, you know, I got bills to pay. I gotta pay for these dresses.”

The dresses in question got a lot of attention at the 2018 Oscars. She not only brought an emotional element to the red carpet with her authentic Eritrean princess dress, which she wore as a tribute to her dad, but she also recycled the designer gown she initially wore at the Girls Trip premiere and then again when she hosted Saturday Night Live in November 2017. “I spent a lot of money on this dress, this dress costs way more than my mortgage, this an Alexander McQueen, okay?” she said at the time. “This a $4,000 dress. Imma wear this dress multiple times. Real talk.”

The Academy likely won’t announce its host for the 2019 Oscars until the fall. This year, Jimmy Kimmel returned as the host for the second year in a row, despite being (jokingly) traumatized by last year’s best-picture mixup. Judging by his skillful handling of Hollywood’s most pressing issues, we could see him back at the helm again next year. But we’ll hold out hope for Haddish and Rudolph anyway.

Would you like to see Tiffany Haddish and Maya Rudolph host the 2019 Oscars? Let us know @BritandCo!