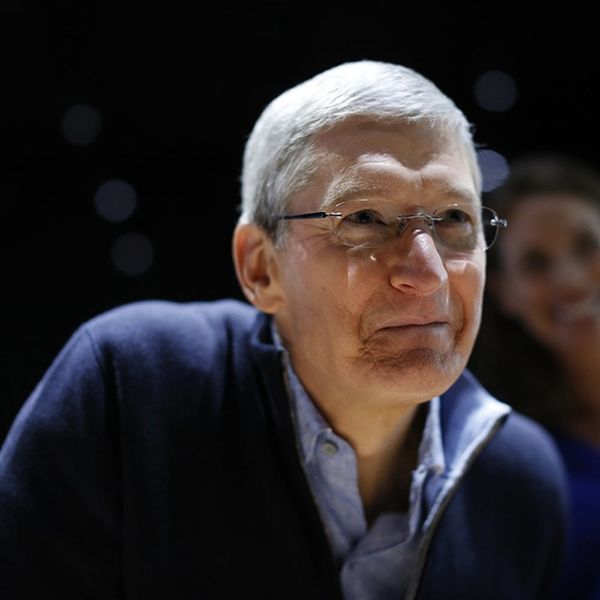 We’re used to scoping out Apple rumors from around the web. Whether the buzz is from “supply insiders” about a waterproof iPhone, “trusted sources” on iOS 9 hearsay, patents revealing Apple design alterations or even morememory for all those selfies, we willingly indulge ourselves in a little tech gossip now and then. But when Apple CEO Tim Cook drops a major hint, like he did during the tech giant’s earnings call this week about their future focus, we have a mini-meltdown. While clutching all of our iDevices, natch.

When the topic of conversation during the call turned to the newly-launched HBO Now, Tim Cook shared his thoughts on that medium and Apple’s intentions within the space. “It’s about giving customers something they want. Giving it with Apple’s classic ease of use. I think HBO in particular has some great content. We are marrying their great content and our great ecosystem. There is a lot of traction in there. Where could it go? I don’t want to speculate, but you can speculate… We’re on the edge of major, major changes for media and I think Apple can be a part of that.” Come on Tim, give us more! You know you want to. Even though he didn’t spell it out for us, we’ll take the hint about “major changes for media” that the tech co can be a part of to mean our future entertainment system just might have an Apple logo on it.

Since it has been all but officially confirmed that Apple is planning on launching its own streaming service + with rising speculation that the next WWDC will focus on a new iteration of the Apple TV, we can’t help but read between Tim’s lines that an Apple entertainment system (maybe bigger than just a new television set even) won’t be too far off into the future.

What do you think Apple’s next vertical will be? Let us know in the comments.