Tonight’s Hottest Oscars Accessory Is Doubling As a Political Statement 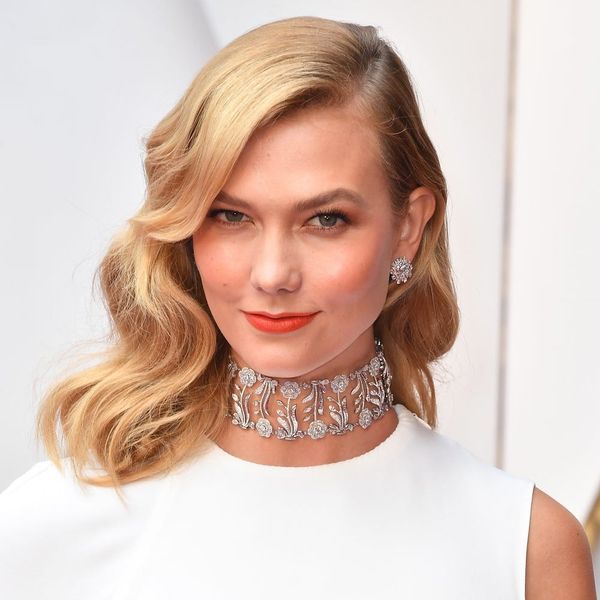 The Oscars red carpet is just getting started, and already, the political stage is being set: One of the night’s biggest stars, Ruth Negga, who’s up for Actress in a Lead Role for her part in Loving, showed up in a much-anticipated and breathtaking look… along with a rather unexpected accessory.

Continuing on with the red carpet statement trend that Sasha Lane cemented in a Black Lives Matter jersey at the Independent Spirit Awards yesterday, Negga was the first to give a shout-out to the current political climate by adorning her custom-made Valentino design with an ACLU blue pin.

The civil liberties union has been instrumental in providing assistance for those being affected by President Trump’s immigration ban, rushing to temporarily block it nationwide upon implementation and ultimately preventing travelers from being sent home when a federal judge ruled in their favor.

Negga had spoken to InStyle earlier in the week about her custom-made Valentino design, saying, “It’s been made for me, so it’s very specific,” although she kept the pin under wraps.

Karlie Kloss, who shared stylist Karla Welch with the Oscar nominee, also donned the accessory atop her Stella McCartney gown.

The accessory I'm most proud of #ACLU #MegaNegga The @aclu is the reason the Loving's were allowed to be married. They represent those who need it the most. This is something we ALL should believe in, regardless of political party.

The added touch was one Welch was particularly pleased with, posting a close-up shot of Ruth’s dress to her Instagram, along with the caption, “The accessory I’m most proud of.”

Other stylists apparently had the same idea: Hamilton favorite Lin-Manuel Miranda (styled by Stacy London), showed up donning the pin on his San Markos Formals tux with his date/mother, Luz-Townes Miranda, on his arm, as did Dawson’s Creek favorite, Busy Phillips (who looked lovely as ever in her Elizabeth Kennedy designed frock), and Moonlight director Barry Jenkins.

We’ve got a feeling this is just the beginning of the night’s political antics, so we’ll be keeping our eyes peeled for more of these and bigger things to come!

What do you make of this political fad? Sound off over @BritandCo.

Nicole Briese
Nicole is the weekend editor for Brit + Co who loves bringing you all the latest buzz. When she's not busy typing away into the wee hours, you can usually find her canoodling with her fur babies, rooting around in a bookstore, or rocking out at a concert of some sort (Guns N' Roses forever!). Check out all her latest musings and past work at nicolebjean.com.
Politics
Celeb Style
Politics Red Carpet