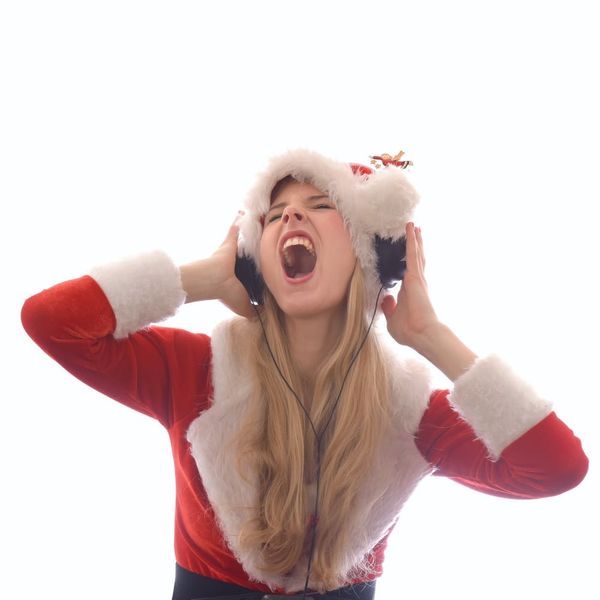 It’s that time of year: The time when Mariah Carey’s hit, “All I Want for Christmas” is about to take over your life. While one might think a dose of that Christmas cheer is just what we need right now, at least one psychologist in Great Britain says hearing all those cheery tunes on repeat isn’t necessarily a good thing: especially for those who are forced to hear it.

Referencing shop-workers who are exposed to Christmas playlists on a daily basis, clinical psychologist Linda Blair explained to Sky News that the practice could actually affect workers’ mental health in a negative way.

“People working in shops at Christmas have to learn how to tune it out, tune out Christmas music, because if they don’t, it really does make you unable to focus on anything else. You’re simply spending all your energy trying not to hear what you’re hearing,” she said.

Reactions to the news from both customers and retail workers was mixed, with some saying it put them in a festive spirit (“I used to love listening to Christmas songs on loop when I worked in retail — it got me well into the Christmas mood!”, one commented on the site’s original video) and others wholeheartedly agreeing (“It would drive me insane.”)

According to Blair, there’s a key as to when it passes from cheery to annoying, however. “Christmas music is likely to irritate people if it’s played too loudly and too early,” she said.

Interesting! While we might be inclined to agree or disagree depending on the day, we’ll go ahead and let you be the judge of this one!

Do you think too much Christmas music is bad for mental health? Cast your vote over @BritandCo.

Nicole Briese
Nicole is the weekend editor for Brit + Co who loves bringing you all the latest buzz. When she's not busy typing away into the wee hours, you can usually find her canoodling with her fur babies, rooting around in a bookstore, or rocking out at a concert of some sort (Guns N' Roses forever!). Check out all her latest musings and past work at nicolebjean.com.
Christmas
Music
Christmas Music
More From Music