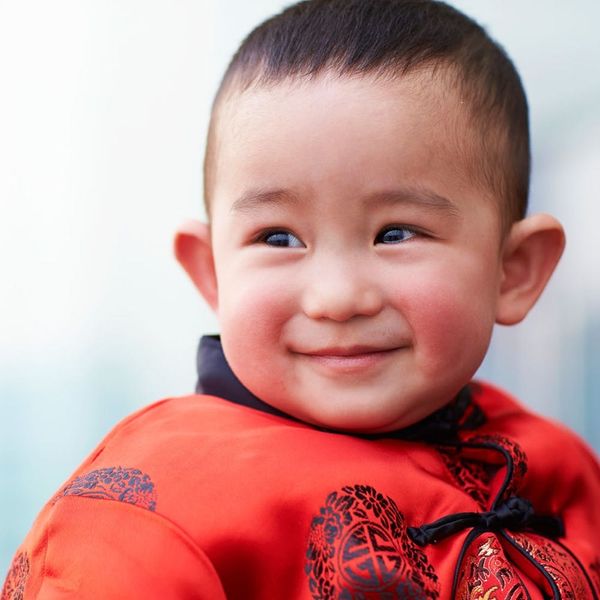 Ever feel like all of the creative baby names for boys are already taken? It isn’t so. There are hundreds of great boy names that have yet to enter the US Top 1000. The smallest stars of Fuller House, Netflix’s latest nostalgia-rich series, are a great example. Twins Dashiell and Fox Messitt play Tommy Fuller, the youngest son of DJ Tanner-Fuller. Neither Dashiell or Fox are currently in the US Top 1000 – in fact, neither has ever been among the 1000 most popular names for boys in the US. It takes some looking, but there are plenty of names for boys that are stylish in sound and rooted in history, but have never quite caught on in the US. Scroll on to discover these baby names.

1. Dashiell: Novelist Dashiell Hammett makes this name literary and sophisticated. Obvious nickname Dash makes it sporty and fun. Given to a mere 123 boys in 2014, Dashiell has been used in small numbers since the 1980s. The name picked up momentum after The Incredibles used the name for the older superhero son in 2004. Just Dash cracked the US Top 1000 for the first time in 2014, but it remains nicely underused. Huxley and Auden are two more names with literary ties that are under-the-radar.

2. Fox: Dashiell’s twin brother is Fox. It’s a very different name, style-wise, borrowed from the natural world instead of the literary one. And yet, it hits the same rare-but-stylish note as Dashiell. With names like River and Jasper so popular, parents continue to turn to nature for fresh baby naming inspiration. Plus, The X-Files is back, and Fox Mulder is on the small screen again. Everest, Rio and Wells are three more offbeat nature name possibilities.

3. Boone: We love presidential names, and those that feel quintessentially American, like Levi (an Old Testament name that brings to mind blue jeans) and Ford (a name tied to the automobile industry). So how about Boone, as in frontiersman, Daniel? It’s just outside of the current US Top 1000. More names that hit the same note include Penn (as in Philadelphia founderWilliam) and Revere (as in Paul, he of Midnight Ride fame).

4. Zev: Like your names short and snappy? Modern favorites like Jax are gaining ground, but there are plenty of possibilities with longer histories of use. Zev means wolf in Hebrew. It was given to 148 boys in 2014, making it rare — but not completely unknown. Other names with the same vibe include word names like Link, Zen and True.

5. Finnian: Irish names have long been popular in the US. Liam is a current Top Ten favorite, and Ryan and Connor have been favorites for years, with fast-rising choices like Declan and Ronan racing up the charts. But rarer choices abound, including Fin- names, like Irish saints’ name Finnian and legendary Fintan, as well as imports like Cormac and Breccan.

6. Dempsey: While we’re looking at all things Irish, names like Riley and Brady have been big in recent years. Dempsey — as in boxing legend Jack Dempsey — has the same upbeat sound, but is far less common. Other ends-in-y names with a similar vibe include the English Rigby and Ramsey.

7. Linus: This Greek mythological name was worn by several popes, but is most famous today as the blanket-toting member of The Peanuts gang. Linus was given to just 163 boys in 2014, making it a name that’s both instantly familiar and seldom heard. It’s a good alternative to names like Felix and Ezra that are already on the rise. More vintage names that are underused in 2016 include Lyle, Roscoe and Rufus.

8. Benedict: Benjamin is a traditional choice for a son that’s never been very popular, and surnames like Bennett and Benson are on the rise, too. But how about Benedict, boosted by handsome leading man Benedict Cumberbatch, and an equally reasonable way to get to Ben? The saintly name was popular with popes and has a long history of use. 137 boys were given the name in 2014, suggesting that the actor behind Sherlock has put his unusual given name on the map. Other unexpected long forms of popular names include Leopold for Leo and Phineas for Finn.

9. Thayer: Ends-with-er names are a popular category, from favorites like Hunter and Carter to up-and-coming choices like Archer and Thatcher. But it’s also a category with plenty of undiscovered options. Thayer, a cousin to Taylor, seems like a promising choice, given to just 51 boys in 2014. Keller, Decker and Ledger are three more names attracting attention in 2016, but still nicely under the radar.

What are your favorite unusual baby names for boys? Tweet us @BritandCo and let us know!

- -
Nameberry is the expert baby names resource, with thousands of names and unique lists, a vibrant community, and fresh content daily, all designed to help you find the baby name you'll love for a lifetime.
Unique Baby Names
Baby Names
Unique Baby Names