6 Outrageous Pregnancy Symptoms That Could Happen to You 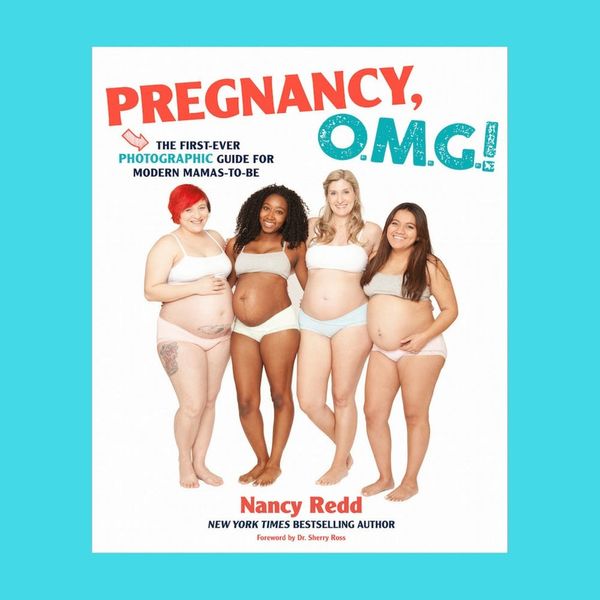 While writing my new book PREGNANCY, OMG!, the first-ever photographic guide to all the things that happen to a woman’s body while she’s baking a baby, I wanted to make sure that all pregnant woman could see themselves, and their symptoms, in print. Thus, not only did I draw on my experiences being a pregnant or postpartum mom for basically four nonstop years, but I also scoured the internet with fresh, nonhormonal eyes, hanging out in popular birth-message boards, perusing blogs, and checking out what questions preggos asked and the candid pictures they shared in the vast and anonymous online world. Here are a few of the most outrageous but not especially rare pregnancy symptoms mentioned in PREGNANCY, OMG! that could happen to any expecting woman. Check out my website for more!

1. Loose Teeth: Along with the bones and ligaments in the rest of your body, those that support your teeth are also affected by pregnancy, meaning you may find that your previously sturdy molars are now wiggling like they did in elementary school. Good news: If there is no underlying tooth decay or gum disease, your chompers will return to their rock-steady state once baby is born. But rather than being caused by decay or gum disease, this unsettling phenomenon is due to (no surprise!) hormonal changes. Your dentist will be able to tell the difference between pregnancy-related loose teeth and more serious concerns.

2. Meat-Craving Vegetarian: Vegetarians often report craving meat in pregnancy, which is ironic considering many carnivores find they have an aversion to meat while pregnant. Many veggie preggos give in to their unfamiliar hankerings and start eating meat during pregnancy (even if they stop again after giving birth). But if doing so goes against your personal or religious beliefs, don’t feel like you must make compromises because of the mistaken belief that your cravings are little red flags signaling your body needs meat (or whatever else). If you are concerned about your cravings, ask your doctor about checking for iron or other deficiencies.

3. Fainting: Fainting spells were the pee sticks of the 1800s, back when an attack of “the vapors” was often the way that folks figured out a woman was “with child.” We may have chalked all that fainting up to those cursed corsets, when, in fact, newly pregnant women can find themselves feeling faint or dizzy because of low blood pressure, low blood sugar, anemia, or dehydration, or even an increase in hormone production. Drinking plenty of water and eating small, healthy meals and snacks throughout the day proves helpful in preventing fainting spells, as does giving up on your skinny jeans — tight clothes can cut off circulation and bring about lightheadedness.

4. Third Breast Growth: A woman’s milk lines run from her armpit all the way down to her abdomen (just picture a dog nursing a litter of puppies all at once). You can be born with extra mammary glands or extra nipples anywhere along this milk line and, unless the nipple is visible, you may not know it’s even there until your breasts swell during pregnancy… and #3 decides to show up!

5. Sleep Paralysis: If you wake up and your mind tells you to open your eyes or get out of bed but your body is unable to move, you have not been abducted by aliens! You’re just experiencing a discomfiting and often terrifying episode of sleep paralysis, which is not as uncommon as you might think (or hope). In fact, some studies find that sleep paralysis increases later in pregnancy. If you find yourself in a temporary stupor, wiggling just your fingers or toes instead of trying to move your entire body can help you snap out of it. There is often no rhyme or reason as to why sleep paralysis happens in pregnancy, though some think it’s prompted by a general rise in anxiety. Your mind and body are undergoing a lot of emotional and physical changes that can significantly impact your slumber pattern.

6. Orgasmic Birth: Orgasmic births, while rare, are real. Instead of feeling waves of pain during labor, a few lucky women find that their contractions actually feel pleasurable, sometimes bringing them to the point of orgasm. Here’s hoping that you are one of ’em!

What are the strangest pregnancy symptoms you’ve heard of? Share them with us @BritandCo.

From Your Site Articles
Brit + Co
Pregnancy
More From Pregnancy