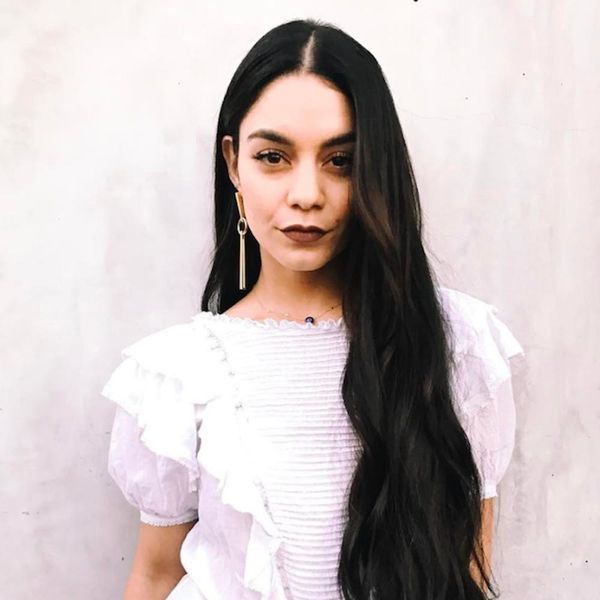 Actresses often have to change their appearance for movie roles, and it’s part of the gig. Sometimes it entails coloring their hair, or chopping it off. For Vanessa Hudgens, her new role means adding on the locks and A LOT of it! Now, this is what we call *committing* to your look.

The Grease actress posted a photo of herself on Instagram with super long locks, writing “Hair for the next [movie].” And you guys, she looks so cool.

Hudgens just landed a role in a new romantic comedy called The Pre-Nup, also starring Alice Eve, Emile Hirsch, and Hugh Bonneville that starts filming in the UK in June. Perhaps her new lengths are in anticipation for that?

New Role 🎥 New Lengths, for this boo @vanessahudgens 💁🏻 Can't WAIT to see this Countess in Action!!! 👸🏻🐎👑 #901girl #longhairdontcare by @nikkilee901 and #mereecapri ❤

We’re not exactly sure what this role is, but hairstylist Riawna Capri spilled the deets on Instagram with a photo of Hudgens giving us ultra ’70s vibes in a graphic t-shirt, wide-leg jeans, and platform sandals, writing “New Role New Lengths, for this boo @vanessahudgens. Can’t WAIT to see this Countess in Action!!!”

We spoke with a rep from the salon where everything went down, Nine Zero One, who confirmed as much. “Vanessa’s new long locks are for a new movie role she’s filming. Nikki Lee and Riawna Capri added 24″ Great Lengths extensions to achieve this look.

“The process takes about three hours and will last in her hair three to five months but, knowing Vanessa another big change will be before that! She looks great with her hair short or long. This is perfect for her new role and a fun change!”

Whatever this new role is, it’s certainly already getting a lot of new hair buzz.

What do you think of Vanessa’s new hair? Tweet us @BritandCo!

Channing Hargrove
Channing Hargrove is a freelance fashion editor and writer in New York City. When she isn’t writing about clothing (or shopping, for research, of course), Channing is writing about life in a tiny studio apartment in a big city — and what she’s wearing — on her blog, Channing in the City.
Celebrity Hair
Hair
Celebrity Hair
More From Hair