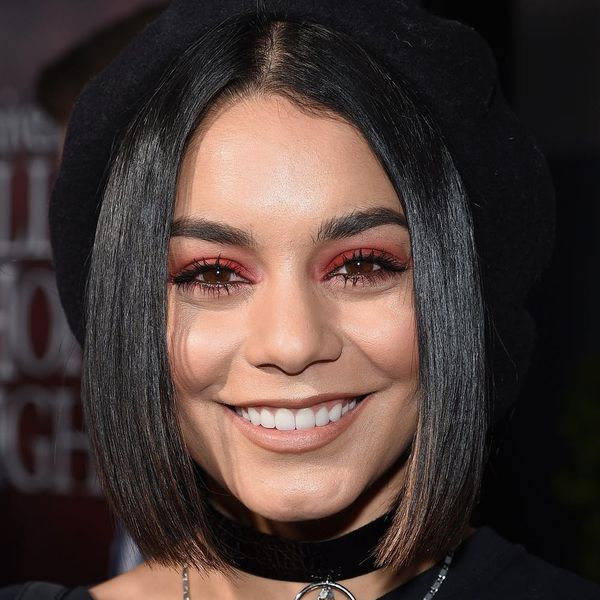 Halloween may be more than three weeks away, but who says you have to wait ‘til the 31st to dress up? Certainly not Vanessa Hudgens. All month long, the Powerless actress has been having a little spook-filled fun, getting into the Halloween spirit with trips to Knott’s Scary Farm and “wicked” scary tops. Now, she’s getting into full-on costume mode as a character from one of our favorite cult films (or should we say, occult films!) of all time: The Craft.

Posting shots from her “witch night” with DJ GG Magree, Hudgens could easily pass for the movie’s villainess Nancy Downs, who she gave a nod to while using one of the character’s best lines as her caption. “We are those weirdos, Mister,” she wrote.

We are the weirdos mister

While her black and white ensemble wasn’t identical to Nancy’s white blouse and black flared mini, the ‘90s goth vibe she cast with her black maxidress atop a crisp white blouse and paired with a cross lariat, slicked-back hair, and dark lips was plenty accurate.

Magree, alternately, gave style reference to the film’s Catholic school-girl setting in a plaid flared tartan skirt, sheer black thigh-highs, a black blouse, and a choker as the girls held hands before two tall candle holders and cuddled up in a bright red room.

Now, all they need is a fourth (and a third, actually), to join their circle, and they’ve got a full-on, DIY group costume that can’t be beat.

What are you going to be for Halloween? Tell us over @BritandCo.

Nicole Briese
Nicole is the weekend editor for Brit + Co who loves bringing you all the latest buzz. When she's not busy typing away into the wee hours, you can usually find her canoodling with her fur babies, rooting around in a bookstore, or rocking out at a concert of some sort (Guns N' Roses forever!). Check out all her latest musings and past work at nicolebjean.com.
Celebrities
Celeb Style
Celebrities Celebrity Style DIY Halloween Costumes Easy Halloween Costumes Halloween Costumes