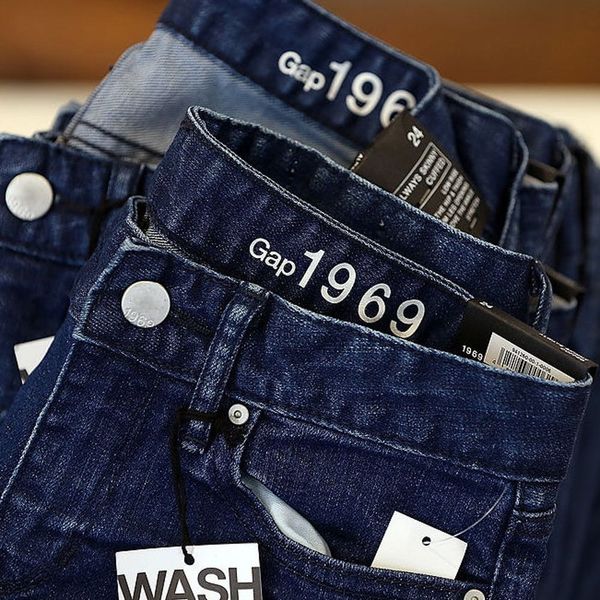 Whether you shop online or old-school brick and mortar, these days figuring out what size you actually wear is virtually impossible. Here you are trying on a new holiday party dress and, low and behold, your trusty size 10 feels a bit snug or unexpectedly roomy. We know the feeling — you might be one size at a certain store, but two numbers up or down at another. The struggle is, indeed, real! But before you cite your latest adventures in pastry as the reason for the discrepancy, let us put your panic at bay — it’s not your diet that is causing the mayhem. You can go ahead and thank some of the world’s most fashionable brands for participating in something called “vanity sizing” for why you never have a clue what size works best for your body.

Women’s clothing sizes used to be standardized by the National Bureau of Standards until they realized that “women’s bodies defied standardization,” according to the Washington Post. Well, duh. Now, the standards are left to ASTM International, but things are still super complicated. Take a look at how much a standard size 8 has changed since the 1950s in this Washington Post chart below. Basically, it has gone all the way from a 24-inch waistline standard to almost 30 inches.

Today, retailers are mostly setting their own sizes based on their own customers. The average American woman is now a size 16, but for some retailers, that number doesn’t quite jibe with their brand image (sigh) — so they cut off their range at a size 12. We chose to investigate what a size 8 (a number that we knew falls somewhere on their scale) would look like from store to store. Here’s what we found out. (Photo via The Washington Post)

1. Old Navy — Medium, 28-Inch Waist: According to the site Fitbay, everyone’s must-visit store for seasonal deals is considered “average” when it comes to comparing stores who participate in vanity sizing. A size 8 at Old Navy is considered a medium and recommended for women with a 28-inch waist. (Photo via Roberto Machado Noa/Getty)

2. The Loft — Medium, 28.5-Inch Waist: The Loft probably became your go-to shop for work clothes the second you landed your first grown-up job. A size 8 is considered a medium size here as well, and according to the store’s size guide, is right for women who have a 28.5-inch waist. Okay… good to know. (Photo via Paul Zimmerman/ Getty)

3. Free People — Medium, 29-Inch Waist: Free people is known for its fashion-forward looks and cool bohemian vibe. Unfortunately, they also are known for vanity sizing. Size 8 is again considered a medium here and recommended for women with a 29-inch waist. Better go ahead and order a size down in that Boho skirt you’ve been eyeing. (Photo via Free People)

4. J.Crew — Medium, 29-inch Waist: There’s a reason you might love shopping for blazers and those colorful chinos at J.Crew. A size 8 here is again considered a medium and recommended for women with a 29-inch waist. But this sizing doesn’t translate to their denim range, which runs a bit smaller. Will we ever find the right fit? (Photo via Tim Boyle/Getty)

5. Gap — Medium, 29.5-Inch Waist: Do those Gap jeans always seem a little roomy? There’s a reason. A size 8 here is considered a medium and recommended for a 29.5-inch waist. Wait, isn’t Gap the same company as Old Navy? So frustrating! (Photo via Justin Sullivan/Getty)

7. Dolce and Gabbana — Extra Large: High-end designers size their clothes a bit differently, which should come as no surprise. A Dolce and Gabbana size 8 is considered an XL according to the brand’s size chart. Wait, what? (Photo via Dan Kitwood/Getty)

8. Marc Jacobs — Extra Extra Large: A 2011 New York Times article found that a woman who was a size triple zero at Chico’s wore a size 8 or 10 at Marc Jacobs. Um, thanks. (Photo via Marc Jacobs)

Bottom line? You’re more than a number on a tag! Stop worrying about what size you are, because thanks to these retailers, you probably won’t ever be able to figure it out. You do you, girl. So head to the dressing room and keep your head up.

Have you ever experienced the madness of vanity sizing while shopping? Tell us on Twitter @BritandCo.