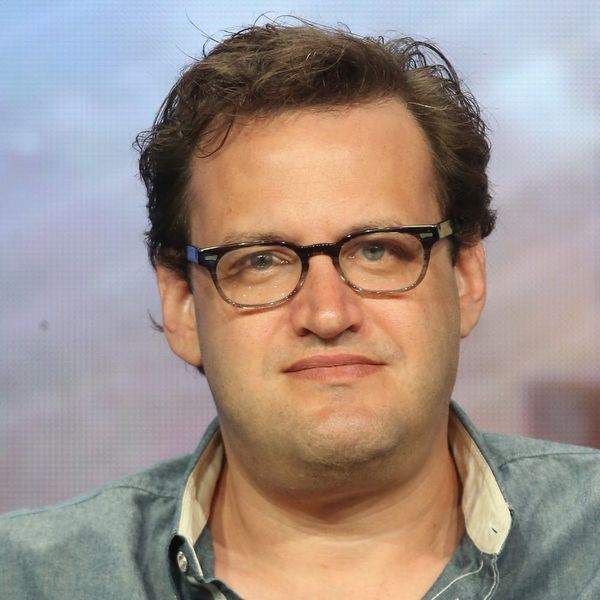 Allegations of sexual assault and harassment in Hollywood have been mounting non-stop since explosive accusations of misconduct were first brought forth against disgraced movie mogul Harvey Weinstein last month. This weekend, Ellen Page and Rebel Wilson bravely opened up about their own experiences with sexual harassment in Hollywood, and now, yet another industry bigwig has fallen from grace as Andrew Kreisberg, the executive producer of CW’s Supergirl, The Flash, Arrow, and DC’s Legends of Tomorrow, has been suspended by Warner Bros. following nearly 20 allegations of sexual harassment and misconduct. 15 women and four men who have worked with Kreisberg have come forward in an interview with Variety to accuse the 46-year-old of inappropriate physical contact and sexual harassment over a period of years. Though each of the sources declined to be named for fear of retaliation from Warner Bros. studios or other individuals and companies associated with the projects, the outlet says that each of its interviewees “often told the same stories and corroborated each other’s accounts,” which included nonconsensual touching and kissing, as well as asking for massages, making sexually charged comments, and more.

Breacher is coming for Vibe on #TheFlash, TONIGHT at 8/7c on The CW!

One high-level producer told the magazine that at least one former employee left due to his unwanted attention, a fact which they say was confirmed by more than a dozen sources. “The workplace feels unsafe,” one woman told the outlet, while a male writer from one of the series added, “It was an environment in which women — assistants, writers, executives, directors — were all evaluated based on their bodies, not on their work.”

Kreisberg “strongly denied” the allegations made to the outlet, saying, “I have made comments on women’s appearances and clothes in my capacity as an executive producer, but they were not sexualized. Like many people, I have given someone a non-sexual hug or kiss on the cheek.” With regard to the claims of giving staffers unwanted attention, the producer said that he had interacted with them as “a mentor, yes, to both men and women. In a sexual way, no.”

Can't hold her down. Stream this season from the beginning, only on The CW App! Link in bio. #Supergirl

A high-level female producer says that she previously shared her concerns with a senior executive at Berlanti Productions (the company which oversees all of the shows Kreisberg works on), and “there was zero response. Nothing happened. Nothing changed.”

Greg Berlanti has since issued a statement, saying, “We do not tolerate harassment and are committed to doing everything we can to make an environment that’s safe to work in and safe to speak up about if it isn’t.”

For their part, Warner Bros. has “suspended Mr. Kreisberg and are conducting an internal investigation. We take all allegations of misconduct extremely seriously, and are committed to creating a safe working environment for our employees and everyone involved in our productions.”

How should Hollywood deal with this mounting problem? Tweet us @BritandCo.