Brit + Co’s Weekly Entertainment Planner: ‘The Spy Who Dumped Me,’ ‘Making It,’ and More! 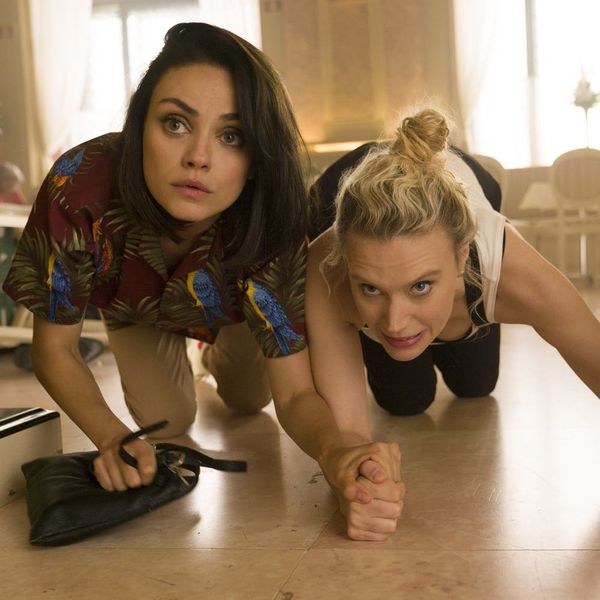 Welcome to Brit + Co’s Weekly Entertainment Planner! Each Monday, we highlight one thing we’re excited about in six categories — movies, TV, music, streaming services, podcasts, and a bonus pick from all of the above — to help you navigate your week in watching and listening. Check out our picks for the week of July 30 to August 5 below. Your eyes and your ears will thank us!

The Spy Who Dumped Me (August 3): Mila Kunis and Kate McKinnon are a comedy dream team in this action-packed summer blockbuster about BFFs Audrey (Kunis) and Morgan (McKinnon), who find themselves thrown into a world of professional espionage when Audrey’s ex-boyfriend (Justin Theroux) is revealed to be a CIA agent with a group of assassins on his trail. The Spy Who Dumped Me is in theaters on Friday, August 3. (Photo via Hopper Stone/Lionsgate Entertainment)

Making It (July 31): Amy Poehler and Nick Offerman — AKA Parks and Recreation‘s Leslie Knope and Ron Swanson — return to the small screen together to co-host a new Project Runway-style crafting competition show. Eight people from across the country will take on a variety of DIY projects that will be judged by Etsy’s trend expert Dayna Isom Johnson and creative ambassador for Barneys New York, Simon Doonan. It’s the lighthearted, feel-good show we need this summer. Watch the premiere on Tuesday, July 31, at 10pm ET on NBC. (Photo via Paul Drinkwater/NBC)

Like Father (August 3): Kristen Bell stars as a workaholic ad exec who gets left at the altar and ends up going on her Caribbean honeymoon with her father, played by Kelsey Grammer. The film is the directorial debut of Lauren Miller Rogen, who also wrote it — and is married to another of the film’s stars, Seth Rogen. Watch it on Netflix on Friday, August 3. (Photo via Emily Aragones/Netflix)

Fatal Voyage: The Mysterious Death Of Natalie Wood: Natalie Wood’s tragic drowning at the age of 43 in 1981 has been in headlines again recently, as the LAPD revealed earlier this year that Wood’s husband, actor Robert Wagner, has been brought back into focus as a person of interest. This new 12-part podcast digs into the case and even unearths new evidence in the hopes of helping to solve the mystery. Listen online, or subscribe wherever you get your podcasts.

Lollapalooza (August 2-5): The long-running festival institution will take over Chicago’s Grant Park for the 14th year in a row, with headlining sets from Arctic Monkeys, The Weeknd, Bruno Mars, Jack White, and lots more. Ticket and lineup information is available at lollapalooza.com. (Photo via Kevin Winter/Getty Images for NARAS)

Christopher Robin (August 3): The trailers for this one have looked nothing short of magical. The latest Disney live-action reboot follows the titular character (played by Ewan McGregor) as he gets lost in the responsibilities of adulthood and tries to rediscover the magic of being a kid, with a little help from his childhood bear, Winnie the Pooh. Christopher Robin opens in theaters on Friday, August 3. (Photo via Walt Disney Studios)