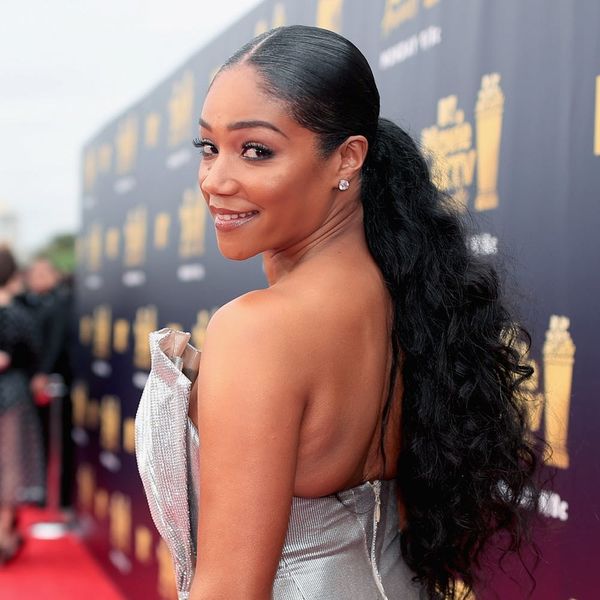 Welcome to Brit + Co’s Weekly Entertainment Planner! Each Monday, we highlight one thing we’re excited about in six categories — movies, TV, music, streaming services, podcasts, and a bonus pick from all of the above — to help you navigate your week in watching and listening. Check out our picks for the week of June 18 to 24 below. Your eyes and your ears will thank us!

Jurassic World: Fallen Kingdom (June 22): The latest Jurassic World flick jumps ahead three years and sees Claire (Bryce Dallas Howard), Owen (Chris Pratt), and the rest of the team head back to the island to attempt to save the dinosaurs they created (and left) from an impending volcano eruption. The only place to take them is to the mainland, which sounds like a disaster — and an amazing sequel. Jurassic World: Fallen Kingdom opens Friday, June 22. (Photo via Universal Pictures/Amblin Entertainment, Inc./Legendary Pictures Productions, LLC)

2018 MTV Movie & TV Awards (June 18): The MTV Movie & TV Awards took place on Saturday night, but the telecast is happening Monday, so tune in to see which of your favorite films and TV shows take home trophies. Nominee Tiffany Haddish hosts, so even if none of your picks win, it’ll still be worth watching. (Photo via Christopher Polk/Getty Images for MTV)

Brain on Fire (June 22): The harrowing memoir by Susannah Cahalan is now a Netflix feature film. Brain on Fire stars Chloe Grace Moretz as the author, a then-24-year-old New York Post reporter who, overnight, was overtaken by debilitating physical and psychological symptoms no doctor could diagnose. The book is fascinating and terrifying, and the movie will no doubt be the same. Check it out on Netflix on Friday, June 22. (Photo via Netflix)

Binge Mode: Harry Potter:The Ringer‘s Binge Mode team is back with a new season based on J.K. Rowling’s beloved Harry Potter books. Hosts Mallory Rubin and Jason Concepcion go deep every episode, bringing you back into the wizarding world you fell in love with all those years ago. Check it out on Soundcloud or wherever you get your podcasts.

The Proposal (June 18): Bachelor creator Mike Fleiss’ new show features 10 contestants selected by matchmakers to compete in a dating pageant for the affection of a suitor they don’t get to meet — and potentially get engaged to — until the end. Former NFL player and Bachelor season 5 star Jesse Palmer hosts. Just TRY to pretend that this won’t be your summer TV guilty pleasure. (Photo via ABC/Byron Cohen)