In Case You Were Wondering, This Is What Happens When You Swallow a LEGO 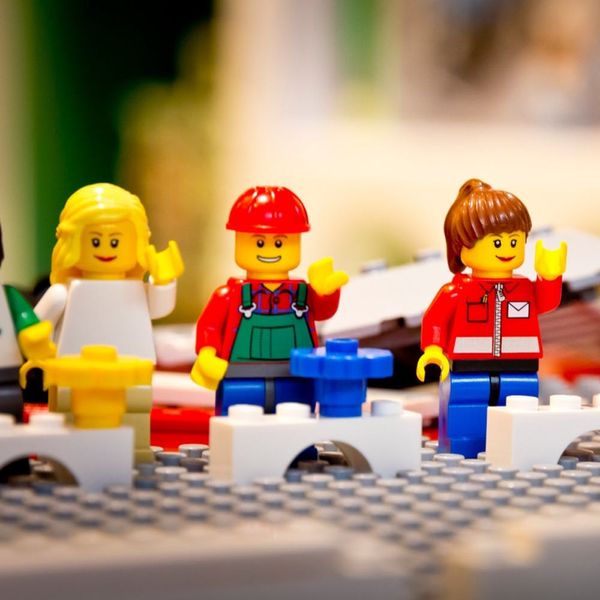 As an adult, the most common LEGO-related injury you have to deal with is probably a sore foot caused by a stray piece you stumbled on in the dark. But when kids are involved, you might be less worried about the injuries you can see and more concerned about them swallowing one of those plastic pieces — not least because it means spending the next few weeks taking careful note of everything else that comes out of them to make sure the LEGO emerges safely.

In the name of soothing those fears, a new study published in the Journal of Paediatrics and Child Health set out to discover how long it takes for a LEGO head to pass through a digestive system and if any risks are involved. For insight on the research, we spoke to study co-author Dr. Tessa Davis, a consultant in pediatric emergency medicine at the Royal London Hospital, and co-founder of Don’t Forget the Bubbles, a website and conference dedicated to pediatric care whose team conducted the study. Warning: You might want to save this for later if you’re eating lunch (at least if you’re not munching on LEGO bricks).

Although the researchers applied scientific methodologies, the study itself is not your usual totally serious medical paper. “We were looking for a lighthearted study to do in the run-up to Christmas, but with a serious underlying message,” explains Davis. “Ingested foreign objects are a really common presentation to children’s emergency departments: I probably see around one child a day who has swallowed something they shouldn’t have.” As the authors note, previous research on the subject has mostly covered coins. They cite an earlier study which found that coins take 3.1 to 5.8 days to pass through a digestive system. However, that was from 1971, so it seemed like the time was ripe to revisit the issue with a toy that kids today are more likely to come into contact with.

The main point of the study, Davis tells us, was to set concerned parents’ minds at ease. “Parents often wonder when to worry and when not to bother. The reality is that most objects when swallowed don’t cause any harm — once they make it to your stomach, they will just pass out with no problems. If it gets stuck on the way down, then that’s a problem, or if you develop any symptoms of pain, vomiting, or constipation, that can suggest it’s causing a blockage. Most objects are fine, but something like button batteries or magnets can cause serious issues, and these will very likely need to be removed quickly — so parents must bring their kids to the emergency department.”

Using children as guinea pigs was obviously not an option, so six courageous adult participants stepped up to the task. In the study, the authors acknowledged the possibility that the results might be different in children, but added that “there is little evidence to support this” — if anything, the LEGO piece might make its way through a child quicker. The candidates all worked in pediatric hospital care, and were only considered eligible if they had not previously had gastrointestinal surgery… and were open to ingesting a LEGO head and then searching for it in the days afterward.

In the three days before swallowing the LEGO, each kept a diary monitoring their bowel movements, so the researchers could see if the quality and quantity would affect how long it took to pass the LEGO head. All participants swallowed their individual LEGO heads around the same time, between 7am and 9am, since time of day could affect digestion. They were then tasked with searching for it on its way out, using whatever method they chose. The main factor was how long it took the piece to reappear after swallowing it, a measurement the researchers called the Found and Retrieved Time (FART). (We know.)

It took an average of 1.71 days and an average of two bowel movements for the participants to recover their LEGO heads. The shortest time was 1.14 days (27 h 20 min), while the longest was 3.04 days (72 h 35 min). One unlucky participant had to continue with the experiment for two weeks before the researchers called off the search, assuming he would never find his LEGO head. “Either he missed it,” Davis notes, “or… it’s still up there.”

As you can tell, the study was done in good humor, but the results do prove a useful point for parents and caretakers who have worried about a piece of LEGO that’s vanished into a kid’s mouth (and beyond). “The aim of the study was to reassure parents that most objects [when swallowed] are fine and that there is no point searching through your child’s poo to find them,” Davis reassures us. “If a respected academic pediatrician can’t find a LEGO head in his own stools, then who can?” That said, she emphasizes again that some objects and reactions are a cause for concern. “If your child swallows a button battery or a magnet, or has symptoms after swallowing an object, then please seek medical assessment.”

As for what’s next for the team, should they return to this subject, in the study, they suggest comparing coins and LEGO, preferably with some participants swallowing both at the same time, and also comparing different parts of LEGO figurines, including legs and bodies. “We’re considering upgrading to Duplo,” Davis adds.

In case you were worried, the brave participants who put their bodies on the line in the name of advancing our understanding of this important medical issue are doing fine. “We are all very proud of our involvement in this study,” says Davis, “and are glad it’s caused so many people to smile, as well as getting our message out there.”

What’s the weirdest thing you’ve known someone to swallow? Share your stories with us @BritandCo.