6 Things to Do When You Get Angry at Work 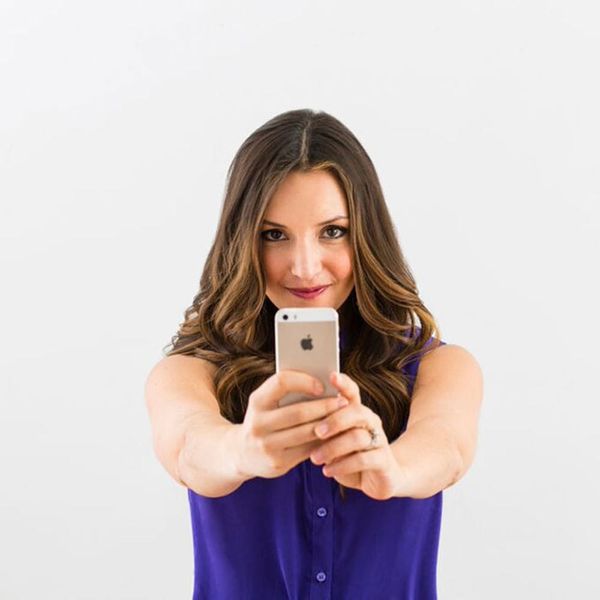 Think of the last time an office situation absolutely made you rage. Maybe your boss took credit for the brilliant idea you whipped up during a brainstorming session. Perhaps your passive-aggressive coworker reminded you, yet again, that he thinks he can do your job better than you can. Then think of how you reacted. Did you keep your anger under wraps or make it clear that you were upset? Doing the latter could cost you big time, according to new research from the leadership training company VitalSmarts.

VitalSmarts polled more than 11,000 people to see how they perceived female and male employees who were visibly angry. After completing a two-part survey in which they watched videos of employees reacting to different situations, participants found “assertive or forceful” women 35 percent less competent and worth $15,088 less in earnings. Men who displayed the same qualities also suffered a backlash, but they only lost about half the theoretical salary amount.

“Getting visibly angry at the office can undermine your professionalism as a woman. Whether or not you think it’s fair, it’s unfortunately true,” says Vicki Salemi, a career expert for Monster. “Therefore, you need to rely on tools to rise above and remain the utmost professional in the heat of the moment,” she explains. Here, her tips for doing just that.

1. Hold onto that email draft: It feels so deliciously righteous to compose an email explaining exactly why you’re so peeved, why you have every right to be, and then fire it off to the source of your annoyance. Go ahead on the composing bit, but don’t hit send. “Sending an angry email only makes the situation worse, as everything is documented in writing,” says Salemi. “Instead, write a response, but save it as a draft.” No matter how correct you are, it’s smart to take another look at the email when you’re feeling more level-headed.

2. Go for a walk: “Even a 10-minute walk can help diminish anger. It will clear your head and physically remove you from the situation,” says Salemi. She recommends you use a quick stroll as a mini-escape of sorts, and cash in on the chance to calm your body as a way to calm your mind. “Remember to breathe and surround yourself with something peaceful like nature, so you can focus on the trees and the sky,” she says.

3. Talk via phone or in person: OK, so you’re back in the office after your walk, and you know that email draft was a tad overheated. Instead of tweaking it, opt for having an in-person chat or picking up the phone. “It’s much easier to handle the conversation that way instead of by starting a back-and-forth with an email,” says Salemi. Plus, when you can hear each other’s voices and see each other’s faces, it’s much less likely that your tone will get lost in translation.

4. Choose your words carefully: Salemi’s tip here is more of a genius Jedi mind trick: “Instead of assigning blame or saying the other person is part of the problem, make him or her part of the solution,” she explains. Rather than going for an accusatory “I can’t believe you said that!” she suggests something like, “It’s clear we don’t see eye to eye here, but we need to focus on the finish line. This is how I envision the project, why don’t you let me know how you envision it so we can collaborate on a solution?” The VitalSmarts study backs this up; when people used “framing statements” that showed they were in control of their emotions, bias against them dropped by 27 percent.

5. Blow off some steam: When the workday is over, you may try to push the situation out of your mind until you return to the office the next day. It’s a worthwhile idea, but you don’t want to show up on the job and feel that rush of irritation all over again! Instead, use that time off to work through your anger. “Vent to a mentor, take a kickboxing class, or go for a run. Do anything that helps you feel like you can return to the office with a new frame of mind,” says Salemi. Bonus: if you choose the workout route, not only will your fury provide some extra oomph, the post-exercise endorphins can help ward off any residual negativity.

6. Be the bigger person: You may be tempted to hold a grudge against a colleague who routinely makes steam pour out of your ears. Don’t. The phrase “resentment is like taking poison and waiting for the other person to die” is popular for a reason. Instead, Salemi says to push yourself to be kind, compassionate, and treat it as a learning experience. “Look at this as a growth opportunity in conflict resolution,” she says. “When you’re the boss running the organization, you’ll be able to defuse tense situations because you’ve been there, done that, and soared!”

What are your tips to chill out in a heated office environment? Share yours in the comment section below.

This post was originally published on Levo League by Zahra Barnes.