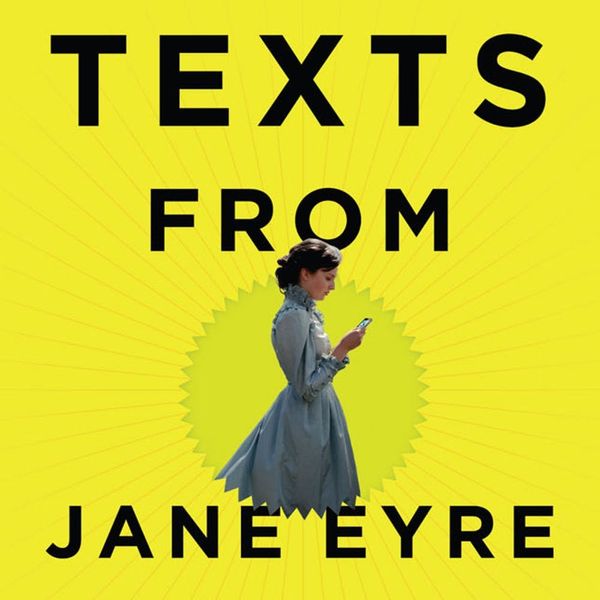 As the holiday season closes in on us each year, book lovers rejoice over the announcement of the year’s National Book Award winners, and some of us (who shall remain nameless) tend to pat ourselves on the back if we’ve already read the honorees’ winning work. But then the question remains: What should we read next? Well, to take a slight break from the lofty literary headiness of such fine writing might not be a bad idea amid all the holiday parties and year-end celebrations. We’re sharing easy-breezy reads for year-end consumption when you’ve already read the best of the best books. What’s more, we’ve paired them with their winning counterparts, so you’re sure to like what we’re recommending.

If you lovedFortune Smilesby Adam Johnson ($18): The 2013 Pulitzer Prize winner for fiction came back this year with another blazing-hot award winner, this time in the form of a short story collection. Spanning everything from love and loss to technology and politics, the stories have been compared to the work of legends like Kurt Vonnegut and George Saunders.

Read 100 Years of the Best American Short Stories, edited by Lorrie Moore and Heidi Pitlor ($19): From James Baldwin and Alice Munro to today’s lesser-known, up-and-coming writers, this delicious anthology gives us bite-sized pieces of the best writing of the past century. Perfect for those of us with great taste but short attention spans, it’s like an all-you-can-eat buffet of literary goodness.

If you lovedBetween the World and Me by Ta-Nehisi Coates ($14): Called “required reading” by none other than Toni Morrison herself, it’s been said that this book is one of the most important pieces — if not the most important piece — of nonfiction about race in the 21st century. The accomplished writer is known for his work on The Atlantic, Time, The New York Times Magazine and more, and his second book quickly became known as a cultural masterwork of epic proportions.

ReadYear of Yes by Shonda Rhimes ($15): A woman of color who’s blazed her own extraordinary trail in the realm of media and entertainment, Shonda Rimes has spent the past decade introducing progressive concepts and diverse casts to vast audiences through her beloved television shows. In this critically acclaimed nonfiction work, she’s telling us about the year in which she started saying “yes” to everything, all the time, in an attempt to get out of her own way and live a little more life.

If you loved Voyage of the Sable Venus: and Other Poemsby Robin Coste Lewis ($23): This poetry collection focuses on what it is like to be black and female within the context of Western art, past and present. Offered in three parts, it’s drawn rave reviews from critics and readers far and wide for its tender yet analytical treatment of its subject matter.

Read Texts from Jane Eyre: and Other Conversations With Your Favorite Literary Characters by Mallory Ortberg ($18): The beloved editor of The Toast made her literary debut with a hilarious cross-genre exercise in historical fiction, with a strong undercurrent of whip-smart insights into the motivations of classic literary characters throughout the ages. She imagines the conversations that might have taken place over text throughout the millennia if smart phone technology had been around way back when. When she uses her wit to cut through to the heart of those dynamics, she cuts deep.

Books for YA Book Lovers

If you lovedChallenger Deepby Neal Shusterman ($11): This heartfelt YA novel explores mental illness through the narrative of Caden Bosch, a brilliant high school student on a journey to the deepest point on earth. Offering a powerful, lingering look into the vast expanse of the mind itself, its core dives as deep as the journey its main character is on.

Read Bone Gap by Laura Ruby ($11): Centering around what appears to be an abduction of sorts, the mysterious tale of a young woman named Roza provides the anchor point for a tale of self-discovery with otherworldly undertones. A finalist for the award won by Shusterman, Bone Gap is another YA novel that’s just as enjoyable when read by those of us who don’t fall under the “Y” category anymore.

What’s your favorite NBA winner from this year? Tweet us @britandco and let us know!

Amy Lynch
Amy is a freelance writer and editor, telling the stories of progressive people and projects that move the world forward. Her work has appeared on The Hairpin, Refinery29, Citygram and more, and she's developed content for the likes of Alternative Apparel, Milkshake and Silvercar. She lives, works and plays with her fiancé and their dog, Bogey, in the weird, wild heart of Austin, Texas.
Books
Lifestyle
Books