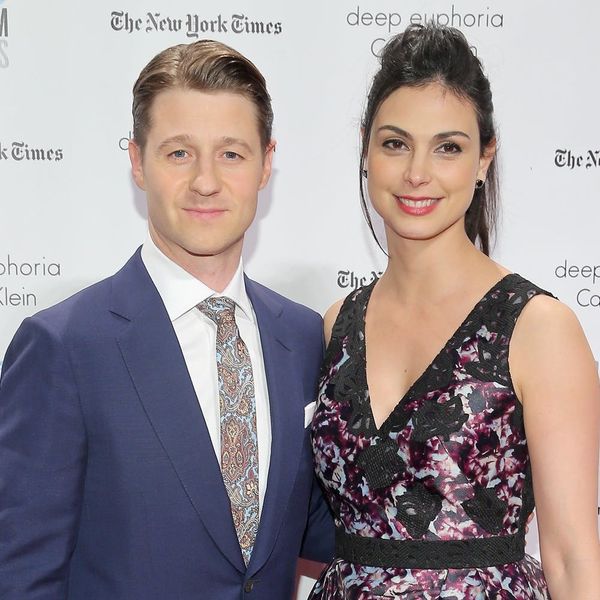 When Gotham costars Ben McKenzie and Morena Baccarin got married on her birthday, June 2, earlier this summer — just over a year after welcoming their baby girl into the world — the timing seemed like an added layer of loveliness to an already romantic day. But it turns out that there was a very practical (and almost unavoidable) reason why the couple chose that particular date to tie the knot.

“We wanted to get married at the Botanic Gardens in Brooklyn, which was beautiful,” the actor told Harry Connick Jr. during a sit-down on Connick’s talk show, Harry. However, booking a wedding at their dream locale wasn’t as straightforward as they’d expected.

“When we wanted to book it — which was over a year in advance, in our defense — the only date available was my wife’s birthday,” McKenzie explained. So instead of choosing another venue or delaying their vows, the couple decided to celebrate their nuptials on the same day Baccarin celebrates her birthday.

For those wondering if the O.C. alum intends to give his wife both a birthday present and an anniversary present every year, the answer — per Baccarin’s request — is yes. “It’s sweet,” McKenzie said of the doubly special day, “and half of her loves that [her birthday and their anniversary are on the same day] and I think she just wants me to be clear that she is going to get a birthday present and there is going to be an anniversary gift and it’s a whole week. She’s Brazilian and birthdays are very special.”

He added, “The good news is, if I do it right, it’s going to be a great year every year. If I hit June 2, we are good.” There’s a flip side, though: “If I forget anniversary and birthday, it’s going to be a bad year.” No doubt. Let’s hope he schedules plenty of reminders.

Do you have two special occasions that fall on the same day? Let us know @BritandCo!