Why “Opposites Attract” Is Only True if You’re Single 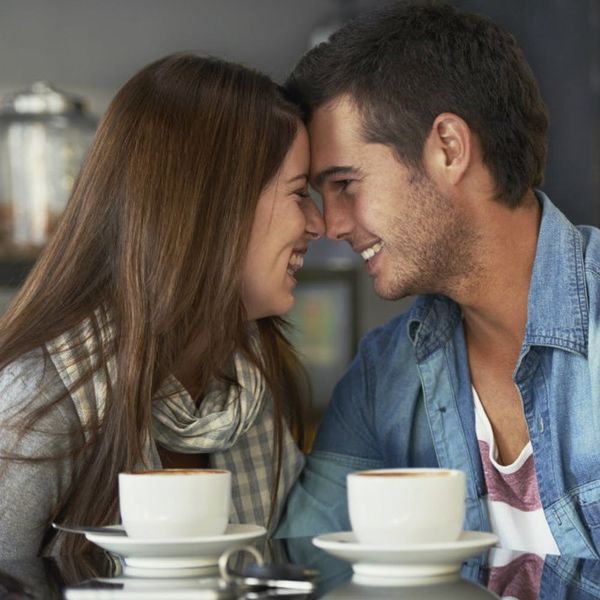 For 2016 couples, it’s not surprising when #relationshipgoals include coordinating outfits on Instagram. But if you start noticing you’re more attracted to guys on the street who legit look like you in a dude disguise, is that taking it too far? Apparently, nope. A new study published in Frontiers in Psychology shows that people in relationships are more likely to be attracted to faces resembling their own. Say what?

If you’re reading this and thinking, “But that goes against everything Paula Abdul ever taught me!” there’s still some truth to that old “opposites attract” adage/’80s hit. It just applies to when you’re single.

A team of researchers in the Czech Republic showed a group of university students a series of photos of other hot young Czech students, manipulated to either more closely or less closely resemble them in terms of facial shape and features. (Apparently, researchers are really good at Photoshop.) The study participants were asked to rate each photo for attractiveness, and the results showed a definite pattern of single participants rating pictures of the similar faces lower.

The reason? It’s all about our natural tendency toward what biologists call “incest avoidance.” Yes, you’d probably never knowingly date your cousin, but this is nature’s way of making doubly sure you don’t accidentally mate with someone who shares any of your family genes.

On the other hand, individuals who were romantically involved spent less time looking at the photos, didn’t differentiate as much between those considered the most “attractive” and “not attractive” and overall rated attractiveness lower for all photos in the series. And probably hummed “I Only Have Eyes for You” the whole time, amirite?

“Our interpretation is that attractiveness perception mechanisms that give us a preference for a genetically suitable partner may be suppressed during romantic relationships,” the lead researcher, Dr. Jitka Lindová, told Frontiers. “This might be a relationship maintenance strategy to prevent us from finding alternatives to our own partner, or perhaps self-resemblance becomes more important in terms of the social support we expect to receive from relatives, which are known as kinship cues.”

Basically, when you’re coupled up, you’re less likely to be aggressively searching for a partner and less attentive to sexual attraction cues. And when your boo starts to mimic the way you dress, you may even find it comforting.

Do you notice a difference in the type of people you’re attracted to when you’re in a relationship vs. not? Tweet us your take @BritandCo.