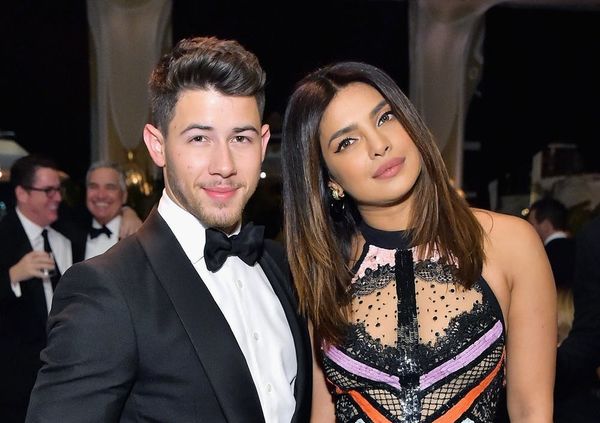 Priyanka Chopra and Nick Jonas married in a pair of traditional Eastern and Western weddings in December 2018, after which Chopra participated in another marriage custom by taking her husband’s last name. (She now goes by Priyanka Chopra Jonas.) This week, in a new interview, the Isn’t It Romantic actress revealed why it was important to her to do so.

“The gravity of it, it’s like a big deal!” she said on the Tuesday, February 5, episode of Jimmy Fallon’s Tonight Show, where the host introduced her as Priyanka Chopra Jonas. “I didn’t realize it was that much of a big deal until I did it.”

Fallon asked if she ever considered not changing her name, but according to Chopra, there was never a question. “No, I always wanted to add his name to mine because I feel like we’re becoming family, and I’m a little traditional and old school like that,” the actress said. “But I don’t take away my identity. He gets added to who I am.”

The name change isn’t the only new development in the newlyweds’ life together. Chopra admitted that marriage has been “very different” for the couple as they adjust to splitting their time between her New York home and Jonas’ LA stomping grounds.

“My dog peed on his carpet the first day, and it’s a white carpet too!” Chopra told Fallon. “Before he came home, I can’t tell you, I went through everything, cleaners, baking soda, scrubbing serious elbow grease, got it out, but he still noticed. He was like, ‘Was that Diana?'”

Chopra and Jonas’ wedding was famously elaborate, and while the Quantico star recently revealed to Ellen DeGeneres that the nuptials could easily have been much bigger, she told Fallon that that wasn’t her preference to start.

“I wanted to get married on some private island, away from everything, and we were really stressed out about it,” she said. “We thought Seychelles, Maldives, Mauritius, but nothing was working out.” It was Jonas, she said, who convinced her to get married in India.

“Nick just said, ‘Why aren’t we doing this in India? Shouldn’t I be taking my bride from her home?'” Chopra recalled. Naturally, the audience responded with an adoring “awwww.”

What do you think of Priyanka Chopra taking Nick Jonas’ last name? Let us know @BritandCo!