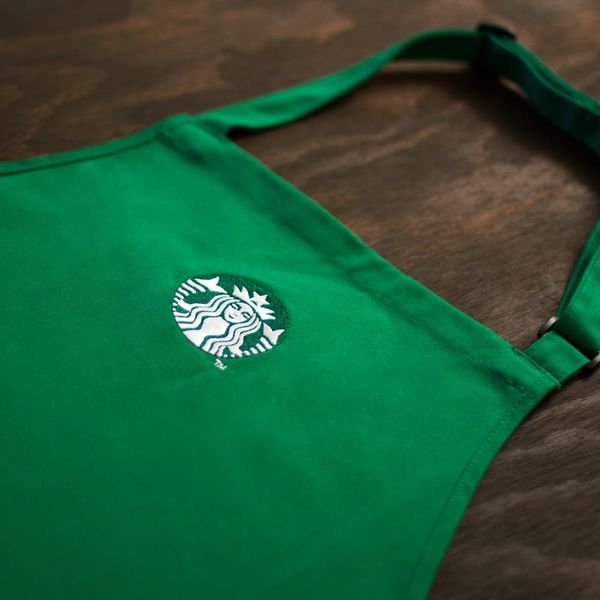 Starbucks may be a monster megachain these days, but we have to wonder if the brand would have been so iconic if it stuck with the terrible name that was briefly floated around, or if they didn’t have their instantly recognizable branding — like those green aprons that have even been worn by the likes of Lady Gaga, for instance. As it turns out, there’s actually a very specific reason for the baristas’ eye-catching uniforms, and according to Starbucks themselves, it’s all about that snazzy European vibe.

Originally, when the Seattle roaster opened its doors back in 1971 in Pike Place Market, the uniform consisted of little more than cutoffs, flip-flops, and a brown grocer’s apron.

But in 1987, when the brand was inspired by Italian coffeehouses to begin serving its now-famous handcrafted coffee and espresso beverages, baristas swapped their old-school cover-ups for the bright green version we see today, along with crisp white shirts and black bow-ties. It was also the era of the jazzy tunes piped into every Starbucks location to enhance the Euro coffeehouse vibe.

Though they’ve since lost the shirts and bowties, opting for a more lax “coffee house genre” that began in 1992, the bright green logo aprons remained, and other colors, including black, blue, purple (reserved only for the most skilled of baristas), orange, and red, were introduced to distinguish “partners certified in coffee knowledge” (fancy!) as well as for special occasions or events, such as Christmas, or in the Netherlands, King’s Day.

“We really have embraced diversity while staying true to who we are,” said Starbucks retail operations employee Michelle Dougherty.

While we’re open to the full rainbow of Starbucks aprons, we definitely appreciate the now-familiar vibe of those classic green aprons that much more, knowing their colored history. Viva verde!

How would you feel if Starbucks every changed their green aprons to a totally different color? Let us know @BritandCo!