Why the Oscars Crowd Lost Its Mind When Spike Lee Won 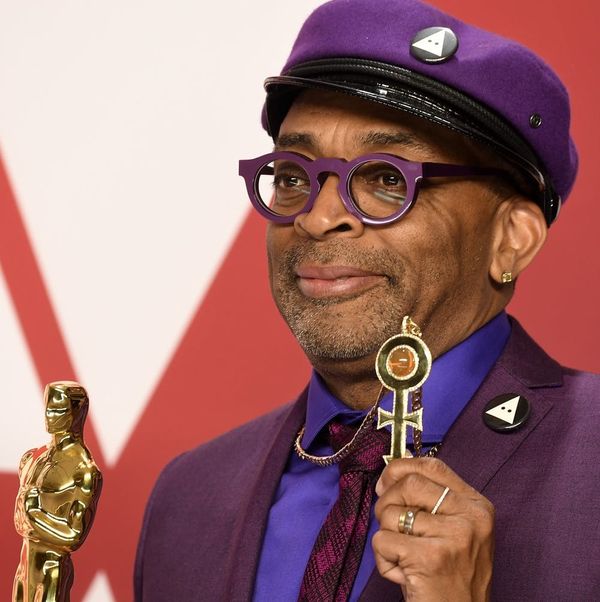 Spike Lee won his first-ever competitive Oscar at the 2019 Academy Awards, nabbing the award for Best Adapted Screenplay for Black KkKlansman. He was also nominated (but did not win) in the Best Director category for the same film. As the 61-year-old filmmaker took to the podium, clad in a snappy purple suit, the energy radiating from the Dolby Theatre was palpable — even for Oscars watchers thousands of miles away. We’re talking tears and a standing ovation. It was an event.

For some viewers at home, Hollywood’s ecstatic response to the win may have been confusing. Best Adapted Screenplay is a big-deal award, but audience waterworks are usually reserved for select recipients within the big four: Best Actor, Best Actress, Best Director, and Best Picture. Why, for Lee’s speech, were there so many camera close-ups on tear-streaked celebrity faces?

Let’s start with the basics: Spike Lee is an icon of contemporary cinema. The writer, producer, actor, and director has made some 30 films over more than three decades. Many of his movies are critically acclaimed centerpieces of independent filmmaking.

But the reaction was also about representation. Though this year’s Oscars were conspicuously inclusive, it’s worth remembering that only three years ago, the Academy’s failure to nominate a single Black actor or director for a second consecutive year led some stars to boycott the event altogether. #OscarsSoWhite became both a protest and a rallying cry, and the Academy finally took notice. In this context, it’s easier to understand why Spike Lee was so ahead of his time, and why so many people in Hollywood were visibly moved by his long-belated recognition from the industry he’s helped shape.

From the beginning of his career, Lee’s frank approach to themes of race relations and Black American life forecasted conversations in the current era of Black Lives Matter and #TakeAKnee. His 1989 classic, Do the Right Thing, was nominated for a Best Screenplay award that it did not win. That movie has since been earmarked for historic preservation in the National Film Registry by the Library of Congress.

In the years that have followed, there’s been a lot of discussion over the fact that the 1989 film Driving Miss Daisy was nominated (and won) the Best Picture Oscar in 1990, instead of Do the Right Thing. While the former centered on the friendship between an African-American chauffeur and his elderly white employer, it mostly glossed over uncomfortable realities about race.

Lee’s picture, on the other hand, is “less beholden to Hollywood notions of safe politics or good taste,” as Vanity Fair recently noted. The same article points out that this year’s Best Picture nomination of Green Book felt like a Driving Miss Daisy flashback, both in the interracial chauffeur/passenger relationships at their core and in the “white, but it’s complicated” ethnic identities of the respective films’ non-Black protagonists (Jewish in Driving Miss Daisy and Italian in Green Book). Each film could be said to have diminished the complexities of the Black American experience, and the nation’s legacy of white supremacy, in service of a feel-good narrative.

Lee accepted his award on Sunday wearing rings that spelled out “LOVE” and “HATE” — the same brass knuckles worn by the tragic hero of his 1989 classic. Green Book ultimately won Best Picture.