Why Women Dressed As Handmaids Protested Outside the Golden Globes 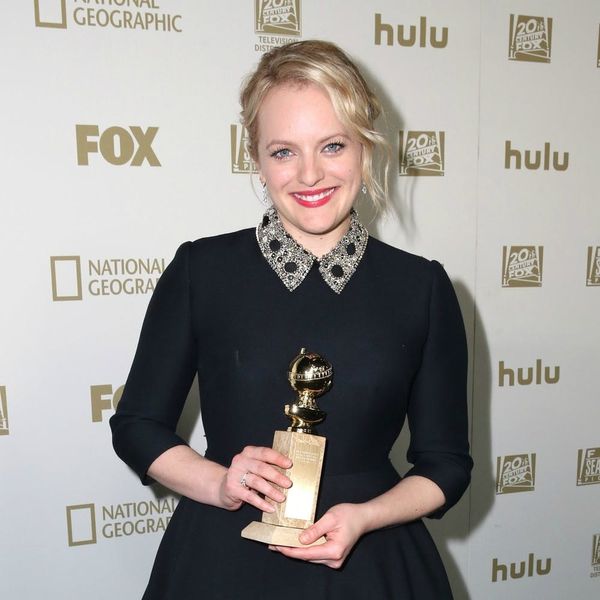 While guests and nominees at the 2018 Golden Globes by in large wore black as a form of protest at the show, a group calling themselves the Hollywood Handmaids protested outside the event donning the now-ubiquitous red cloaks and white bonnets of the Elisabeth Moss Hulu series The Handmaid’s Tale.

The Hollywood Handmaids are an official chapter of the Handmaid Coalition, “a political action group created in the wake of increasingly volatile political trends targeting women, the working class, and minority groups across the country.” The group works with grassroots and boots-on-the-ground organizations to help monitor legal issues that may crop up by helping organize, using their voices to lobby, or staging protests like the one at the Globes.

Ahead of the protest, the Hollywood Handmaids made a statement on their Facebook page, saying they stand for equality in both gender and race, while, fighting for “violence-free working conditions in the film and entertainment industry.”

Made up of women in every level of Hollywood, from directors to production assistants and everyone in between, the protest at the Globes was two-pronged: to stand in solidarity with the growing Time’s Up movement, and to create action for change in Hollywood.

“Today, we stand alongside our sisters and brothers wearing black on the red carpet at the Golden Globes, to demonstrate the emerging and growing resistance against violence in the workplace and society at large,” the group’s statement continues, before asking people to sign their pledge to help demand safety from violence and abuse in Hollywood work environments.

Hulu’s The Handmaid’s Tale has made waves this year. Based on the dystopian 1986 novel by Canadian author Margaret Atwood, the show’s striking visuals have become a signpost for women looking for a symbol of resistance. Moss took home a Globe last night for her role as June Osborne/”Offred” on the show.

What do you think of this handmaid’s protest? Let us know @BritandCo!

Kat Armstrong
Kat has been a writer, social media maven and mom for longer than she's willing to admit. She's also spent time in front of and behind the camera, interviewing celebs, politicians and acting as a producer for fashion and artistic photography shoots. When she isn't writing for various orgs and publications, she's hanging with her kids, husband and French Bulldog, Peter, in Toronto, Canada.
Golden Globes
Current Events
Golden Globes
More From Current Events