Why You Need a Beach Vacation, According to Science 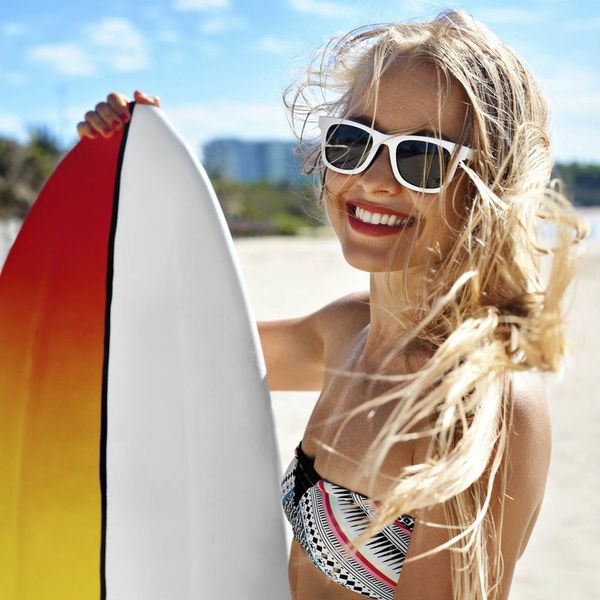 Herman Melville wasn’t too far off when he said that everyone is mysteriously drawn to the sea (although to be fair, most people aren’t following a nutty captain obsessed with catching a white whale). According to marine biologist Wallace J. Nichols, author of Blue Mind, there’s actually a scientific reason why so many people enjoy spending time near the water. So pack up your beach bag with your summer essentials — don’t forget your stylin’ one-piece swimsuit and awesome DIY daisy sunglasses — because science has just given us two reasons to take the epic beach vacay of our dreams.

Imagine collapsing on the hot sand of a beautiful beach. Looking out at the enormous ocean, you listen to the crashing waves and breathe in the distinctive ocean air. According to Wallace, staring at a large body of water brings our brains a sense of calm akin to being in a meditative state. By selectively focusing on a few elements — the sound of the waves, the smell of the air, etc. — our mind effectively blocks out all the junk that’s making us stressed and we’re able to completely relax (with or without an accompanying margarita).

If you find yourself trying to force a creative idea out of an exhausted mind, it might be high time to take a trip to the ocean. Taking a break from the overstimulation of countless screens and gadgets, a quick excursion to the ocean will allow your brains to activate your default mode network (DMN). Commonly associated with daydreaming, imagination and creativity, the DMN is commonly switched on when the brain is in wakeful rest — AKA chillin’ by the ocean with a good read and a fruity cocktail.

But if you can’t make it all the way to the beach, a shower will also do the trick, according to Wallace. “The shower is a proxy for the Pacific Ocean or the Atlantic Ocean,” says Wallace. “You step in the shower and you remove a lot of the visual stimulation of your day. Auditorily, it’s the same thing — it’s a steady stream of ‘blue noise.’ You’re not hearing voices or processing ideas. You step into the shower and it’s like a mini-vacation.”

Do you feel calmer and more creative at the beach? Tweet us your thoughts @BritandCo.

Ashley Macey
Ashley Macey is a lifestyle freelance writer who loves all things fitness, wellness, and creativity. When she's not exploring her home in the Pacific Northwest with her dog Max, you'll probably find her curled up with a good book and some hot tea. Follow her daily jaunts on Twitter.
Beach
Travel
Beach science