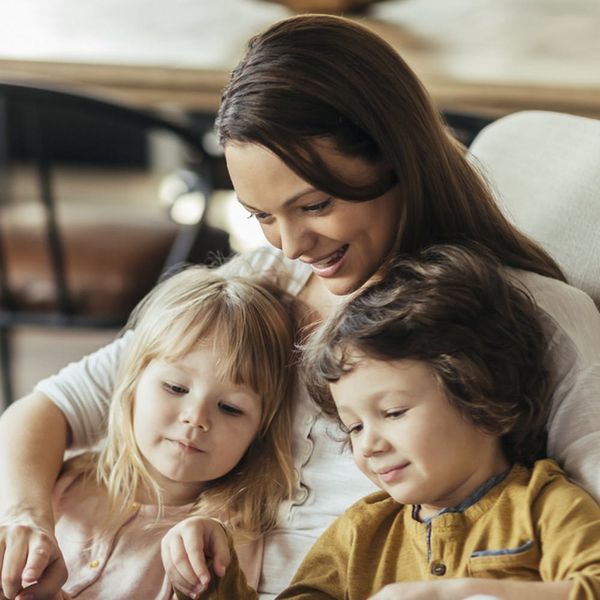 In your pre-mommy days, you would never have imagined that a two-year-old could rule your entire life. Then you became a parent and started scrambling for 10-minute toddler meals to throw together between crises. They want a cookie, but it’s bedtime. They want a new toy, but they just got one yesterday. They want — well, they don’t really know WHAT they want. But that’s not going to stop them from throwing a tantrum and indulging their toddler “no” addiction. Suddenly you feel like you’re on the losing end of an imaginary battle. But you’ve got this! Check out these easy ways to help you rally and win the toddler war, so you can get back to sparking your tot’s creativity.

1. Be firm, but loving. That wishy-washy, “um, honey, could you please stop hitting mommy” tone isn’t going to help anyone out. You need to approach your toddler with a firm voice. That doesn’t mean you should yell, scream, or otherwise act in a threatening way. Keep the love alive, but express it in a voice that conveys, “You ARE going to listen to me.”

2. Have confidence in yourself. Toddlers can smell fear. Okay, maybe they can’t literally. But they can tell when it’s super-easy to pull one over on mom. Whether you’re telling your kiddo that it’s time to leave the park or you’re refusing to indulge their ice cream fantasy in the middle of the mall’s food court, state your point with complete confidence. They’ll see that you mean business and realize they can’t bend mama’s will to meet their own tantrum-prone whims.

3. Use fewer words. The one-woman show you’re giving your tot isn’t doing much to calm them down: It’s a five-page monologue, and they lost interest about four and a half pages ago. Shut down that instinct to talk it out like you would with a grown up. Your two-year-old isn’t developmentally ready to listen to and completely understand that mini-speech you want to give. Take whatever you want to say and turn it into a two- to three-word sentence. For example, your toddler is throwing their finger paints. Your mama instinct says to sit them down and explain why tossing those blues and reds around isn’t nice. But they might respond better to a simple, clear, “No throwing.”

4. Get specific. Even though getting into a lengthy diatribe isn’t the way to go, oversimplifying things may not work either. While you should minimize how many words you use, you should also stay specific. (And clever word choice wouldn’t hurt either.) Avoid a constant stream of no’s. The more you say no, the less it will mean to your child. When it comes to alternatives, switch things up or add a second (more specific) word. Clarify a simple “Stop!” to “Stop pushing” or “Stop pushing mommy.”

5. Keep consistency with your rules. There are no pre-bedtime snacks in your house. It’s a rule. But when your tot starts whining, you break down and hand over a treat. Sometimes. Other times you have more oomph left in you and are able to turn their demands down. Success! That is, if you wanted to succeed in confusing your toddler and losing whatever authority you used to have. Pick your rules wisely, and stick to them. Doing so shows your kiddo that you mean business and cuts down on their confusion.

Erica Loop
Erica Loop is a freelance writer living in Pittsburgh. When she's not busy creating kids' activities for her blog Mini Monets and Mommies, you can find her trying to hang out with her teenage son, being chased by her two Olde Boston Bulldogs or teaching a children's karate class (she's a third degree black belt!).
New Moms
Parenting
New Moms
More From Parenting