Eat Here Now: Yelp’s Top 10 Places to Eat in the US 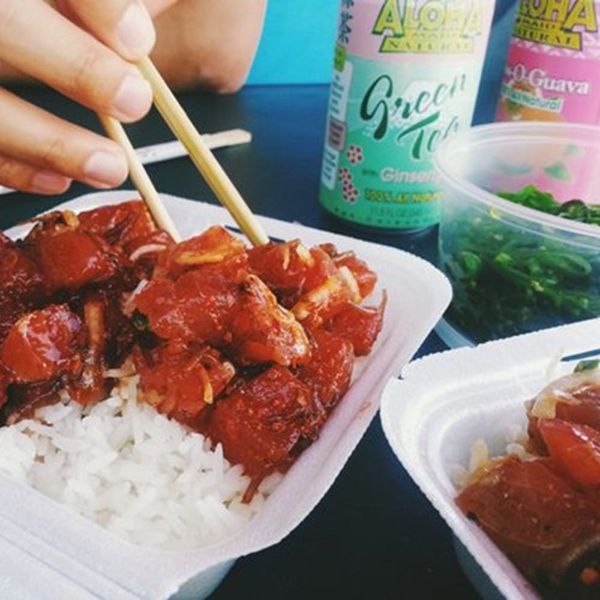 When our stomachs grumble and hunger sets in, we turn to our fave foodie-friendly website and app, Yelp. Now thanks to Yelp’s 2015 roundup of the 100 best places to eat in the United States, finding an awesome food fix has become even easier. Featuring the most popular, well-reviewed eateries of 2014, this list has something for everyone. Whether you’ve been struck with food truck fever, are in search of some dynamite BBQ or want to hit up a local hotspot on your next trip, read on to discover 10 places you should try this year — no cheesy chains or Golden Arches allowed.

1. Copper Top BBQ: Who says you can only find great BBQ in the south? This Big Pine, California restaurant grills up some mean Santa Maria tri-tip — a must-try for any meat-eater visiting the Golden State — along with Saint Louis-style pork ribs, pulled pork, grilled chicken and more. Drop in to discover the meaning behind their motto, “Food Makes Friends.” (Photo via Yelp)

2. Art of Flavors: They say what happens in Vegas stays in Vegas, but once you’ve tried Art of Flavors’ one-of-a-kind gelato, you won’t be able to forget it. Known for its unique and wacky rotation of flavors, from blueberry pancake and baklava to spaghetti with meatballs, this innovative hotspot lets you enjoy a world-class treat without ever traveling to Italy. (Photo via Yelp)

3. Soho Japanese Restaurant: If you didn’t spoil your dinner with all of that yummy gelato, head on over to Las Vegas’ Soho Japanese Restaurant next for delicious, affordable sushi and seafood. Prices here range from $11-30, making it easy to discover new favorites. Previous Yelpers have feasted on miso codfish, baked mussels and lemongrass sashimi, along with time-honored classics like tuna or salmon rolls. (Photo via Yelp)

4. TKB Bakery and Deli: Heading to Coachella this spring? TKB (The Kids Business) Bakery and Deli in Indio, California, is the perfect place to cool off while enjoying a tasty lunch or snack. A family-owned business, TKB was born in 1991 when Athena Sippel dreamed up “healthier, tastier” cookie dough recipes for her kids’ school fundraiser. Stop by for a “si’m’ppel” or specialty sandwich, along with some of the shop’s cookies, muffins and scones. (Photo via Yelp)

5. Ono Seafood: Jetting off to Oahu? In between hiking Diamond Head and hitting the waves at Waikiki, be sure to pay a visit to Honolulu’s Ono Seafood. A hole-in-the-wall shop with picnic tables out front, Ono is beloved by tourists and locals alike — a definite sign of greatness. Fill up on fresh ahi and tako poke for less than $10 a plate, then get right back to seeing the sights. (Photo via Yelp)

6. Shark Pit Maui: Sharks are the last thing you want to see while kicking it in Hawaii. Shark Pit Maui, on the other hand, is an Asian-fusion food truck you definitely won’t want to miss. Located in Lahaina, this fan favorite serves up tantalizing fish and shrimp tacos, along with some of the best corn on the cob you’ve ever tasted. Not a seafood lover? Free-range chicken and grass-fed beef are also on the menu. (Photo via Yelp)

7. Gaucho Parilla Argentina: Pittsburgh might not be the first place that comes to mind when you think about great Latin-inspired cuisine, but Gaucho Parilla Argentina is shattering that perception. Dishing up everything from empanadas and jamon serrano platters to sandwiches and steak plates, this beloved restaurant offers hearty fare that’s sure to satisfy even the most voracious of appetites. (Photo via Yelp)

Kersmon Caribbean Cafe: Founded by a Jamaican immigrant, this Greenacres, Florida restaurant is just the place to savor terrific eats like oxtail stew, jerk chicken and plantains. Sounds like it’s time to book a Palm Beach vacay and add another great review to this restaurant, which is #48 on Yelp’s list. (Photo via Yelp)

Have you eaten at any of these places? Are there others you think should have made the cut? Start dishing below.

Heather Walrath
Heather's a California girl at heart who's learning to live and love life in our nation's capital. When she's not blogging, she's reading, traveling, going to the theater, checking out local wineries and working on her novel. You can follow along with her latest adventures at High Heels & Flip-Flops.
Fish
Recipes
Fish
The Conversation
Reviews:
More From Recipes