$2000 is up for grabs in our self-care giveaway!
Treat Yourself

You Can Now Book a Disney Princess-Inspired Maternity Shoot 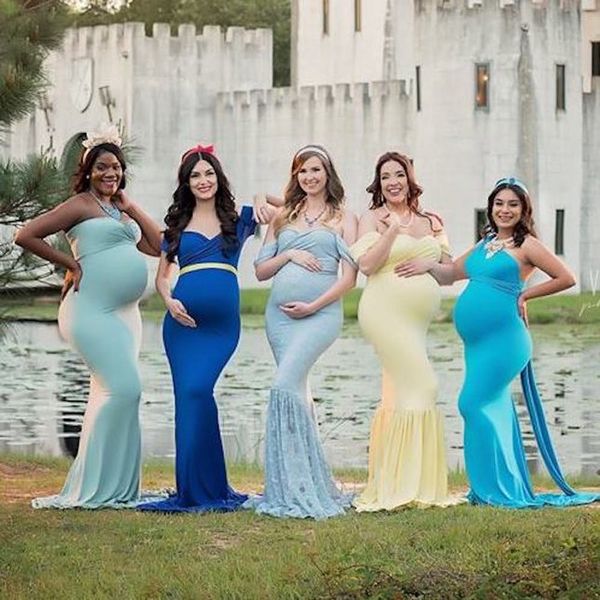 It’s pretty safe to say that Disney has taken over nearly every aspect of our lives. We can now dress like Minnie, swim like Ariel, and even rock lingerie like Snow White and Pocahontas.

In the promo shots for their new offering, five expecting mommies-to-be bared their bumps while dressed as Belle, Jasmine, Tiana, Snow White, and Cinderella in front of Newman’s castle. The ladies wore a set of breathtaking chiffon gowns custom made by Sew Trendy, while accessories and props, such as headpieces, baubles, a red apple for Snow White, a rose for Belle, and a glass slipper for Cinderella, added an extra touch of magic.

A post shared by Vic and Marie Photography (@vicandmariephotography) on Apr 9, 2017 at 1:21pm PDT

According to the Huffington Post, the husband-and-wife photography team, Victor and Marie Luna, were inspired by the recent popularity of Disney’s Beauty and the Beast.

A post shared by Vic and Marie Photography (@vicandmariephotography) on Apr 9, 2017 at 1:16pm PDT

Though the couple said the joint shoot was no easy feat, it was well worth it for the end result. “Between the wardrobe changes, the makeup retouches, the pee breaks, and one mommy close to giving birth, we managed to make it come together beautifully.”

A post shared by Vic and Marie Photography (@vicandmariephotography) on Apr 9, 2017 at 1:24pm PDT

Book your own Disney-inspired shoot with them here.

What do you think of these ladies’ shoot? Sound off over @BritandCo.

Nicole Briese
Nicole is the weekend editor for Brit + Co who loves bringing you all the latest buzz. When she's not busy typing away into the wee hours, you can usually find her canoodling with her fur babies, rooting around in a bookstore, or rocking out at a concert of some sort (Guns N' Roses forever!). Check out all her latest musings and past work at nicolebjean.com.
Photography
Parenting
Photography Pregnancy
More From Parenting