You Don’t Always Need to Completely Fit in at Work 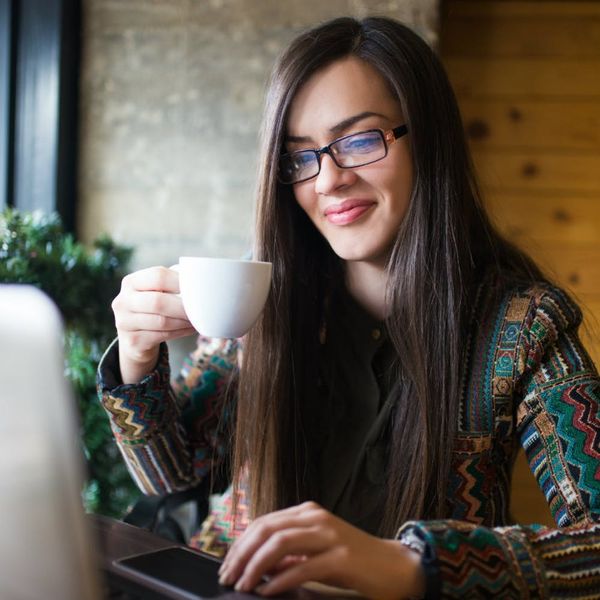 When it comes to your career, it can be tempting to both blend in with the crowd (you embrace that company culture, girl) and to stick out from the pack. After all, if you don’t distinguish yourself from your coworkers, how will you make a case that you deserve that raise or promotion you’ve been wanting? On the other hand, creating office allies is important for getting team projects done effectively. What to do? Well, a team of researchers decided to investigate this conundrum, and their findings are pretty fascinating.

So, which is better: fitting in or standing out? According to science, both and also — it depends. It sounds confusing, but let us explain. This new study out of Stanford and the University of California, Berkeley found that while it’s sometimes necessary to fit in at work in order to advance, it’s also important to stand out in terms of what you accomplish — or culturally (hello, wacky work outfits). “Most people recognize that if they fail to differentiate themselves from their peers, they’re very unlikely to get ahead,” says one of the study’s authors, Sameer Srivastava. “Yet fitting into a company [culture] creates a larger, motivating sense of identity for employees and enables them to collaborate with others in the organization.” Makes sense, right? But it’s kind of a paradox.

The study authors decided to analyze six years’ worth of emails from a tech firm in order to understand office dynamics, which they did by measuring employees on two main scales: cultural fit and structural fit. Cultural fit was measured by how well employees related to other employees on a personal level via email, for example by wearing similar clothes or sharing similar interests (did you see the new Star Wars movie last weekend?). Structural fit was measured by how deeply embedded employees were in the network of the company. For example, someone who only emailed with the same group of people (hello, work clique) was considered highly structurally embedded — meaning they didn’t really branch out all that much.

After gathering this information, the researchers then looked at other criteria like the employees’ age and gender, how long they’d been with the company and whether they left the company during the six years, either voluntarily or involuntarily. Surprisingly, the researchers found that the people who were most likely to leave involuntarily and the least likely to advance in their trajectory at the company were those who were fitting in both culturally and structurally. Whoa. They believe this is because when you fit in too much, it’s impossible to really make your mark at work. Talk about flying under the radar. Those who were either a cultural or structural fit, but not both, fared the best.

According to the researchers, the big lesson here is that the people who blend in too well have a hard time advancing in their careers, as do people who stand out completely. The best thing you can do is to try to fall somewhere in the middle. It’s not very important whether you fit in culturally or structurally, as long as you are doing one and not the other. To us, this study sounds like a great excuse to be open and empathetic with others at work, but to make sure you’re networking across the company instead of with just one small group. It’s a pretty simple recipe for success.

Do you prefer to stand out or fit in at work? Tell us why @BritandCo!

Julia Malacoff
Julia is a writer, editor and proud life-long vegetarian based in Brooklyn, NY. An avid traveler, meditation enthusiast and exercise junkie, she stays active in every new locale she visits.
study
Work
study