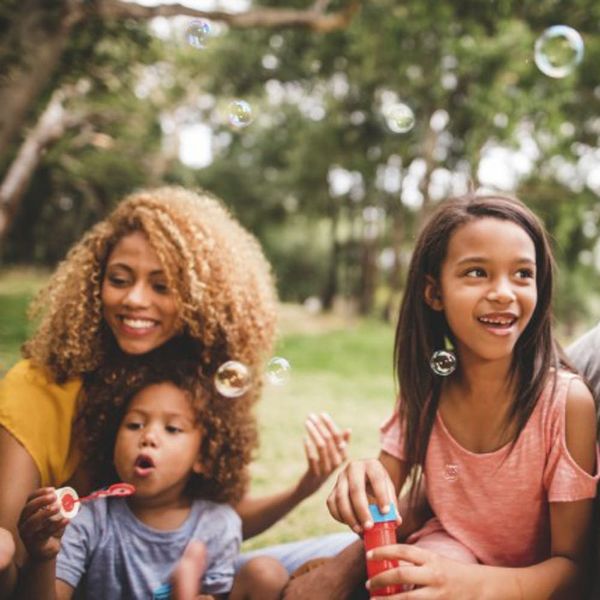 If the thought of adding baby number two to your family is an overwhelming notion — or those gross pranks your younger brother pulled on you have left permanent scars on your older sibling psyche — you might be surprised to hear that having a younger sibling may actually be really good for your health. A new University of Michigan study found that having a younger sibling significantly lowers your chance of becoming obese as a child.

The researchers assessed the body weight of 697 kids across the US from the ages of 15 months to six years. Published in the journal Pediatrics, the study found that becoming an older sibling before first grade can significantly lower your chances for becoming obese as a child. This is the first study of its kind and shows that if a child is between two and four years old when they become an older sibling, they’re the most likely to have a healthier BMI when they enter the first grade, compared to children who don’t have a sibling.

“Research suggests that having younger siblings — compared with having older or no siblings — is associated with a lower risk of being overweight,” senior author Julie Lemeng, M.D. said in a news release. “However, we have very little information about how the birth of a sibling may shape obesity risk during childhood.”

While there is no clear reason yet on why there’s a correlation between being an older sibling and a healthy weight, Lemeng and her team believe that it could be because parents often change the way they feed their first child after the second is born. Similarly, when two siblings are born so close in age, they’re more likely to play together and spend less time doing sedentary actives on their own.

Lemeng understands that there’s much more research to be done on the link, but is encouraged by the findings, saying that, “Better understanding the potential connection between a sibling and weight may help health providers and families create new strategies for helping children grow up healthy.” Or it may just be the last push you need to start trying for baby number two!

Are you currently expecting your second baby? Congrats! Tag us in your next baby bump Instagram @BritandCo!