Zayn Malik Opens Up to Vogue About His Issues With Anxiety 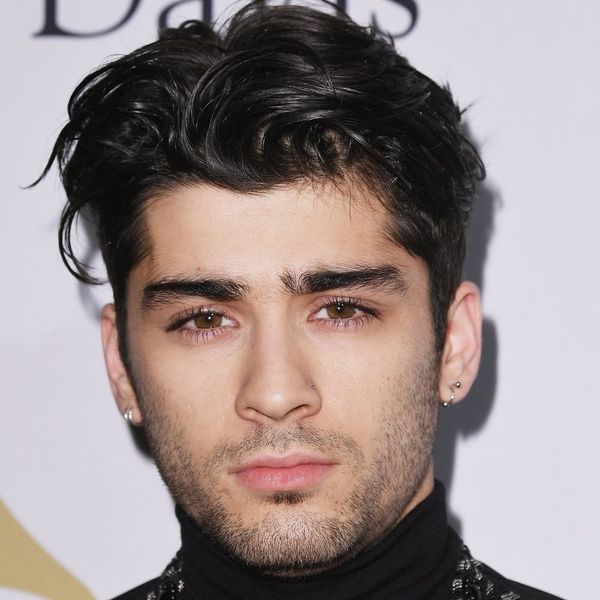 Since leaving One Direction back in 2015, Zayn Malik has been very open about his mental health. In November, he admitted to suffering from an eating disorder while he was still in the group, and in June of last year, he was forced to cancel a show due to growing anxieties surrounding his first solo performance. Now, after gracing Vogue‘s cover with his girlfriend, Gigi Hadid, he’s opening up a bit more to the magazine about the anxiety he still faces today.

Malik says his issues stem from the fact that he is a classic over-thinker when it comes to how he’s presenting himself to the public. “I feel like I’m always trying to work through whatever certain issues are around certain subjects,” he explains. “For me, personally, I think it comes from a place of not ever wanting to come across as an over-arrogant person or a person that takes themselves too seriously. I’m not always trying to be pretentious or say something that I think is gonna change the world. I feel like I’m one voice among millions.”

He’s also a bit of an introvert, which is somewhat in conflict with his very public persona. “I’m not a very outgoing social person, like in terms of big groups of people,” the 24-year-old admitted in the interview. He does understand, however, that when it comes to promoting his work, he’ll have to find a way to be more outgoing. “When we’re getting ready to start putting the second album out, people are going to start seeing me a bit more,” he told the magazine. “I’m excited to see what people think. I think it’s been a year since I properly showed my face and stuff.”

We’re excited too, Zayn! Kudos to him for speaking up about his issues and showing others that they’re not alone.

If you think you need help dealing with anxiety or another mental health issue, contact Mental Health America.

Are you an introvert or an extrovert? Tell us @BritandCo!

Kat Armstrong
Kat has been a writer, social media maven and mom for longer than she's willing to admit. She's also spent time in front of and behind the camera, interviewing celebs, politicians and acting as a producer for fashion and artistic photography shoots. When she isn't writing for various orgs and publications, she's hanging with her kids, husband and French Bulldog, Peter, in Toronto, Canada.
Healthy Living
Celebrity News
Healthy Living
More From Celebrity News