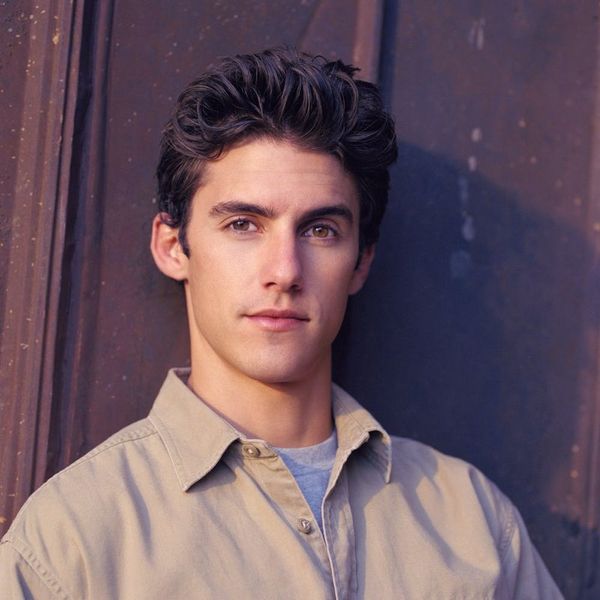 There are just a mere few days (!!) to go until Gilmore Girls: A Year in the Life is released on Netflix, and the countdown is seriously on! If you can’t wait to get back to Stars Hollow, you’re not alone. There were so many questions left unanswered when the series finished, like how exactly do the Gilmore Girls eat so many donuts and pizza? More importantly, which guy is Rory finally going to end up with? Even if you’re #teamLogan or #teamDean, you can’t deny the appeal of stereotypical bad guy Jess. He turned into a major success story in the end, not to mention became a huge advocate for Rory getting her life back on track. Here are 10 moments that prove that anyone who isn’t #TeamJess is seriously delusional.

1. The Swan: When Jess shows up at Friday night dinner with a black eye, we all thought our worst suspicions about him had come true, that he’d gotten into a bad fight with Dean. Actually, he just got beat up by a swan (duh) and was too proud to admit it. We. Can’t. Even. (Photo via Warner Bros.)

2. 22.8 Miles: After Rory makes the big decision to go to Yale, Jess actually looks up the distance from Stars Hallow to campus on Yahoo Maps (how very early ’00s of him!), proving once and for all, he does care about her. (Photo via Warner Bros.)

3. The Bjork Snow Woman: Jess always seems to know what’s in Rory’s heart best, like the little comments he leaves for her in the books they share. And when he recognizes the “snow woman” they dressed up like Bjork, it’s like he just gets it. (Photo via Warner Bros.)

4. When He Says “I Love You”: Everyone knows Jess isn’t the warm and fuzzy type. So after he finally drops the bad boy front, he comes out and says he does love Rory. And we can’t help but get all the feels. (Photo via Warner Bros.)

5. This Isn’t You: Rory stealing a boat, dropping out of Yale and joining the D.A.R. was possibly the worst or most frustrating plot line in the history of plot lines. Jess is the one who lets her know she needs to get back on track because the whole rebel rouser thing so isn’t her. (Photo via Warner Bros.)

6. When He Publishes a Book: It’s understandable if you weren’t so into Jess in high school. After all, dropping out of school to work full time at Walmart doesn’t exactly scream winner. Grown-up Jess, on the other hand, is a successful published author. Swoon. (Photo via Warner Bros.)

7. The Sprinklers: Early on in the show, Rory can’t get the sprinklers off and her neighbors lawn is going to be ruined. Jess comes running to help, no questions asked. Seriously, what a guy! (Photo via Warner Bros.)

8. When He Leaves It All on the Line: That time Jess actually shows up at Rory’s dorm room and tells her to come away to New York with him was so sweet. Even if it was never going to happen in a million years, you’ve got to give the guy some credit for leaving it all out there. (Photo via Warner Bros.)

9. When He Borrows Luke’s Love Advice Tapes: At one point in the show, Luke goes through a mushy phase where he expresses his commitment to Lorelai by buying some goofy relationship tapes/books. Jess totally gets in on it and Lorelai even finds one of the books in Jess’s backpack. Busted! (Photo via Warner Bros.)

10. When He Tells Her She’s Still a Contender: If you haven’t seen the official trailer for the new Netflix revival yet, 1. What the heck are you waiting for? And 2. When Rory is down and out on her luck, who is the guy who tells her she’s still got it? Jess, obvs. (Photo via Warner Bros.)

Are you Team Jess, Dean or Logan? Tell us @BritandCo!