4 Gmail Hacks That Will Change Your Life 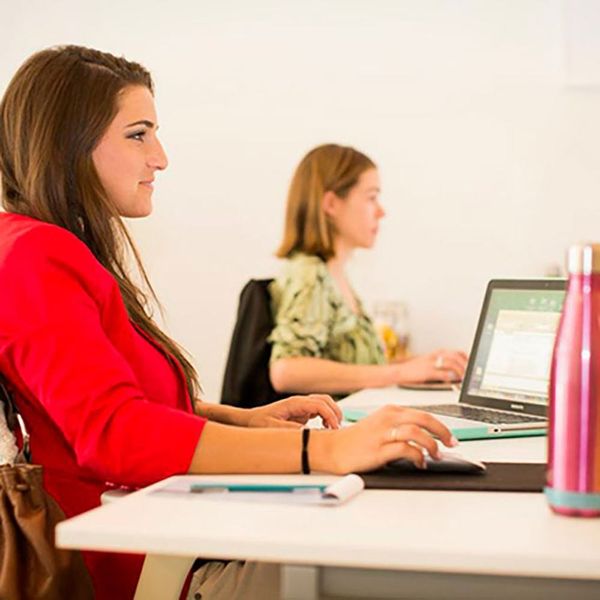 I’ll be honest — I’ve had mixed feelings about Gmail. Sometimes it’s fantastic, like when my best friend and I send each other cool links all morning while simultaneously talking on Gchat. But other times, as I’m watching my inbox fill up at the speed of light, it can just be overwhelming. Gmail and I have finally come to a mutually respectful relationship (think Kanye’s post-VMA apology to T-Swift), but it’s been a long road. These four hacks have paved the way, and once you’ve got them down, I promise Gmail will feel like a whole new ball game.

1. You can magically fake the timestamp.

As a self-proclaimed night owl, I never really thought anyone noticed my late-night emailing, until one morning I came into the office and my supervisor (whom I’d emailed during a late-night catch-up binge) asked, “Were you working at 2 a.m.?” Busted. I realized that if I wanted to be taken seriously, it would be a lot better if my emails looked like they were being sent at 8 a.m. instead of at 3 a.m. And then I discovered Boomerang.

Boomerang is a Gmail app that allows you to schedule emails, set up snooze messages, and get reminders. You can easily schedule emails to go out at any time, so it’ll look like you’re sending something at 8 a.m. on Monday, even though you scheduled it at 11 p.m. the night before. You can also choose to “boomerang” emails, meaning you can mark an email to leave your inbox and return on a certain date. Let’s say there’s a reminder for a networking event next month and as much as you want the email, it’s cluttering your inbox. Just choose to “boomerang” the message, so that it leaves your inbox for now but returns two days before the event. You can also ask Boomerang to send you a reminder if nobody replies to an email, so you’ll never forget to follow up with people again.

Tip: When scheduling an email, I do like to BCC myself just to be absolutely, 100 percent sure that everything is getting sent out.

2. You can instantly pull up someone’s name, title, and mutual connections.

You know how before cold emailing someone important, you can spend a good 30 minutes stalking her LinkedIn profile, searching for any mutual connections, and triple-checking the spelling of her first and last name? Well, Rapportive is your new networking best friend. This Gmail extension will pull up LinkedIn profiles right inside of Gmail, so you can see someone’s profile alongside your message. Whether you’re sending or receiving an email, Rapportive will give you the quick information you need to make sure your message is accurate and well-informed.

3. You can unsend a hastily written message.

This new Gmail feature made headlines last week — and it’s true; you can now take it back. Gmail’s new “Undo” feature will let you unsend an email up to 30 seconds after you hit “send.” To enable the feature, just click the gear in the top right-hand corner of your Gmail window, go to Settings, scroll down to “Undo Send,” make sure the button is checked, and then save your changes. Now after you send an email, a yellow bar will appear at the top of your inbox, asking if you would like to undo. I think I speak for everyone when I say this magic button makes us breathe a huge sigh of relief.

4. You can plow through your inbox in record speed.

When my friend first told me about the Gmail keyboard shortcuts, I was underwhelmed at the suggestion, even though she claimed she loved them. But being one who doesn’t knock it ’til I try it, I decided to give them a whirl. And oh my, these shortcuts are a game changer. To enable them for Gmail, go to the gear on the top right-hand corner of your main page, go to Settings, scroll down to “Keyboard shortcuts,” make sure they’re turned on and then save your changes. Now you can whiz through Gmail without (almost) ever leaving the keyboard. Need to draft a new email? Just press “c.” Need to mark something as important? Just press “+.” Need to mark an email unread? It’s as easy as hitting “Shift + u.” Get ready for your coworkers to be shocked (or at least impressed) by how quickly you get through the morning emails.

Are you going to try some of these? Let us know in the comment section below.

This post was originally published on Levo League by Madison Feller.