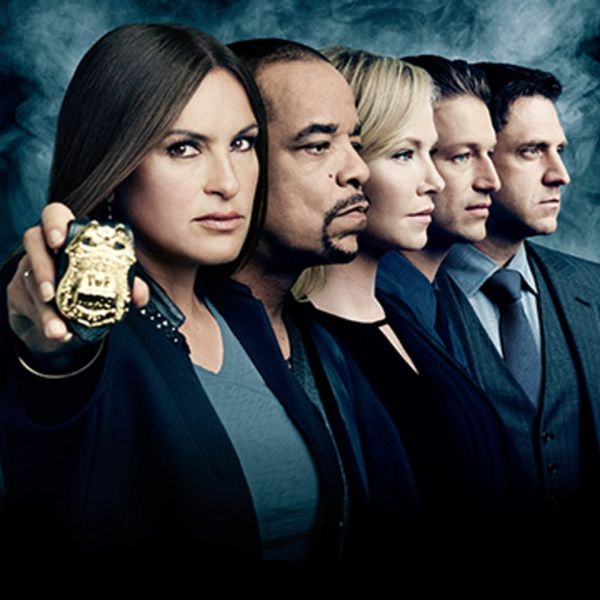 Where would we be without Law & Order SVU? Well, for one thing, our sick weekday afternoons would be VERY different. Ever since 1999, the show has been providing us with the violent crimes we never knew our lives were missing. So while we’re waiting for season 18 to premiere — yeah, seriously, season 18 — we’ve got four more shows to stream next time instead of that episode you’ve already seen 12 times.

If you’re eager to see criminals in action, you have to watch The Fall. It simultaneously follows a serial killer (Jamie Dornan!) and the tough detective (Gillian Anderson!!) trying to stop him before he strikes. It’s addictive and thought provoking — especially when you find yourself rooting for the serial killer in a way you never thought possible. Seriously, just watch it now on Netflix. (Photo via BBC)

Detroit is the stand-in for New York in this sort of Law & Order spin-off. The show centers around a group of police officers simultaneously battling crime in the city and the drama of their own lives. You can watch it on Hulu and Amazon.

When the body of an 11-year-old boy washes up on the shores of an English town, the case grabs immediate media attention. This fictional show about a high-profile murder case and the detectives working to solve it turns into a gripping community drama where everyone is more guilty than previously presumed. Stream it on Netflix and Amazon. (Photo via BBC America)

This crime show takes places in 1920s Birmingham, England. But just because it’s set almost 100 years ago doesn’t make the crimes any less gruesome. The show follows a gang who sew razor blades into their hats and aim to take over the town. It’s ready to watch on Netflix. (Photo via Netflix)

What other shows are you watching this week? Let us know @BritandCo!