6 Personalized Siri Hacks That You Haven’t Tried Yet 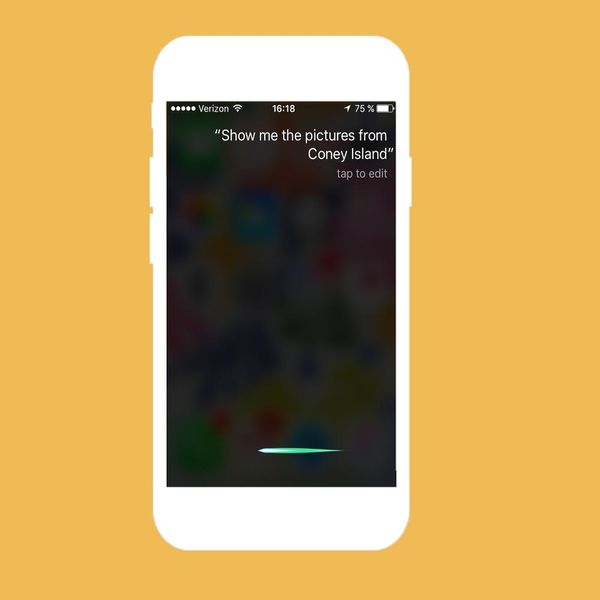 Siri is a sassy lifesaver. Although she’s more often known for her quick quips than her ability to help, Siri gets better with every new version of iOS. If you haven’t played around with the personal assistant on iOS 9, you’re missing out on some amazing tricks and hacks. In Siri’s latest version, her commands are more customizable than ever before and it truly feels like you’re having a natural conversation — no need to resort to weird robot talk. From setting reminders based on location and being able to track down your friends, the new Siri is about to make your life way easier with these commands.

1. “Siri, tell my boyfriend I’m running late.” Chances are you don’t have your S.O. saved in your contact list as “boyfriend” or “girlfriend.” (No judgement if you do.) But referring to someone as their relationship to you is a natural part of speech that Siri can reflect. Teach Siri your most important relationships by saying “Taylor is my boss” or “Eric is my boyfriend” or “Cindy is my manicurist.” Then you’ll be able to say things like, “Siri, tell my boyfriend I’m 10 minutes late,” and it’s done.

2. “Get me a reservation at a taco place near work tonight.” Getting to what really matters: food. Siri can hook you up with dinner reservations by analyzing your location and looking at the best Yelp reviews for places near you. Tap the time you want the reservation and for how many people, and Siri will take care of it through OpenTable. Once the reservation is set, Siri can set a reminder or send out invites to your contact list.

3. “How do I get to so-and-so’s house from here?” Once you’ve gone through Siri’s set-up process, you can tell her exactly where your home, work and other important addresses are. Then, instead of going into maps and typing an address every time you need to get somewhere, just ask Siri how to get where you’re going and step-by-step directions will automatically pop up. It’s a huge time saver.

4. “Remind me to call my mom when I get home.” Siri is smart. In her newest iteration, Siri knows where you are and can set reminders for certain locations. If you need to be reminded to send that email as soon as you get into the office, Siri will remember and pop up a reminder as soon as you sit down at your desk.

5. “Is my roommate home?” Siri also links up with the “Find my friends” app. If you’re sharing your location with friends and family, Siri will let you know exactly where they are and eliminate any need to send one of those “Hey, where r u?” texts.

7. BONUS: “Spot of tea, Siri?” Not many people take advantage of this fun Siri hack, but it’s great. You can customize Siri to have either a male or female voice and speak in an American, British or Australian accent. So say you’ve always had a thing for British guys, head over to Siri settings and and hit “Voice.”

What is your favorite Siri command? Let us know @BritandCo!