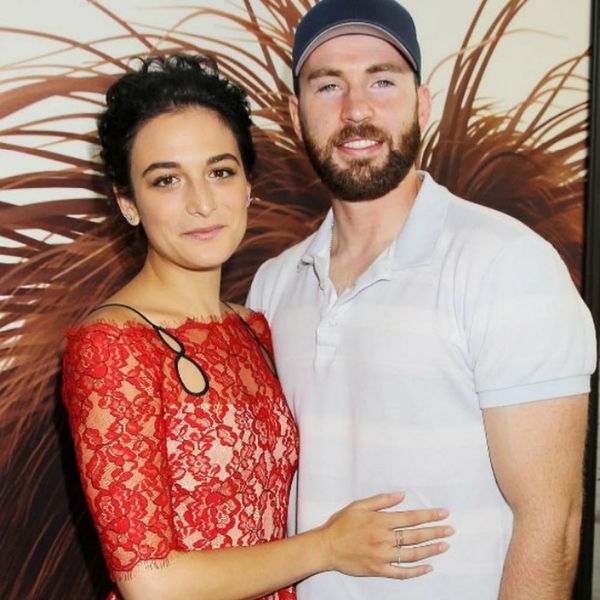 Though Sweetest Day (October 15) may be viewed by some as a concocted Hallmark holiday meant to increase candy sales, plenty of others are on board with Valentine’s Day’s younger cousin, using the added opportunity to celebrate love in all its many forms (á la Miley Cyrus). While we can’t say for sure which camp these eight celeb couples land in, we CAN say that it’s the first time they’ll be spending the big day with one another, and that’s a reason in and of itself to celebrate. Check out all the adorable twosomes making their Sweetest Day debut below!

1. Bella Thorne + Tyler Posey: After handling her breakup from longtime BF Greg Sulkin like a #girlboss and prioritizing her health, Bella turned her attentions to her Teen Wolf co-star, Tyler Posey. Still reveling in their brand new status as an official pair as of mid-September, they’ve been sharing all kinds of sweet snaps via Instagram, and we can’t wait to see what kind of romantic shots they lay on us come October 15. (Photo via Ethan Miller/Getty)

2. Ariana Grande + Mac Miller: Though it was clear to pretty much anyone with eyes (or ears — they’ve been collaborating together since her very first single, “The Way,” dropped in 2013) that these two have been a thing for quite some time now, it was only two months ago during an Ellen interview that Ariana FINALLY confirmed that she and Mac were the real deal (a tough break for Ryan Seacrest, since girl went ahead and shut him down). Maybe they can write each other hit songs for Sweetest Day?

3. Megan Trainor + Daryl Sabara: Meghan Trainor and Daryl Sabara (AKA Alexa PenaVega’s former Spy Kids co-star) are so brand new, their first Instagram snaps together are less than a week old! While it’s clear that they have a LOT of firsts ahead as a twosome, they jussssst so happened to unveil their r-ship status right before Sweetest Day, so they’ll be able to count that amongst them.

4. Blac Chyna + Rob Kardashian: Where do we even start with these two? Since coupling up in January, Blac and Rob have certainly seen their fair share of ups and downs: In just under nine and half months, these two have gotten engaged, gotten pregnant, raised some red flags, reportedly broken up, caused family drama and just about everything in between. Celebrating Sweetest Day together is actually just about the only thing these two haven’t done, though, so here’s to that! (Photo via Greg Doherty/Getty)

5. Katy Perry + Orlando Bloom: It was this very photo during the Golden Globes back in January that sparked (accurate) rumors of the whirlwind romance happening between Katy Perry and Orlando Bloom. Cut to October, and they’re sparking more than rumors — it’s escalated to engagement talk. So far, we’ve seen them taking Cannes and Disneyland Shanghai by storm (they recently vacationed with Orlando Bloom’s son with Miranda Kerr, Flynn) and even paddle boarding naked together, so finding a super cute way to enjoy their very first Sweetest Day should be a breeze. (Photo via Kevin Mazur/Getty)

6. Chris Evans + Jenny Slate: After meeting on the set of Gifted and making their red carpet debut in June, Sweetest Day will mark the first romantic holiday Chris and Jenny officially celebrate — unless, of course, they made their own or something that we don’t know about. For some reason, we imagine these two to be diehard romantics, so we’re picturing all the usual suspects: flowers, candy, love notes, the works!

7. Amy Schumer + Ben Hanisch: Linked since January of this year (apparently a hot month for celeb love lives), when they reportedly met on celeb dating app Raya, Amy and Ben are among the veteran duos of the bunch. By comparison to newer couples, they’ve been taking selfies together (and doing red carpet damage control) for ages, but this Sweetest Day will their first side by side, and we can’t wait for the hijinx that are sure to ensue, because, after all, it is Amy Schumer. (Photo via Charley Galley/Getty)

8. Amanda Seyfried + Thomas Sadoski: Amanda and Thomas (co-stars in the upcoming comedy The Last Word) may be engaged, but they’ve yet to spend their first Sweetest Day (or Valentine’s Day, for that matter!) together since they started dating just this March. Judging by that low-key, minimalist ring, we doubt the pair will do anything too showy, but it will be a sweet milestone to share together regardless of their plans. (Photo via Pascal le Segretain/Getty)