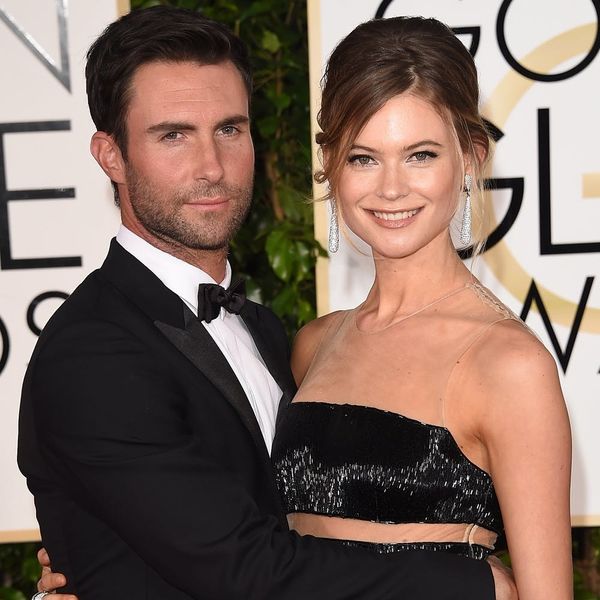 Adam Levine and Behati Prinsloo welcomed baby number two into the world one week ago, and the proud parents are now sharing the first look at their new daughter in an adorable Instagram photo.

“Gio Grace Levine,” Prinsloo captioned the snap, which shows the newborn’s little feet resting on a fluffy pink blanket. The Victoria’s Secret model then noted that “she’s got her dads toes,” adding an angel emoji to the caption.

Prinsloo also confirmed that Gio Grace was born on February 15 — the day that Levine shared an Instagram of his still-pregnant wife curled up in bed next to a box of Valentine’s chocolates.

Gio joins big sister Dusty Rose, who was born in September 2016 and was famously named by talk-show host Ellen DeGeneres. Levine has called the couple’s first-born “a little zen baby” who has calmed both him and his wife down, and with any luck, her new little sister will follow suit.

The couple first announced their pregnancy back in September, just a year after welcoming Dusty, when Prinsloo showed off her baby bump and confirmed that they were gearing up for “round 2.” Both Levine and Prinsloo have spoken openly about their desire for a big family, with the suggested number of children ranging at times from 17 to 100 kids, depending on the day. “I think for both of us, we’re just so obsessed with being a family and having a family,” Prinsloo previously told People. Two down, only 98 more to go!