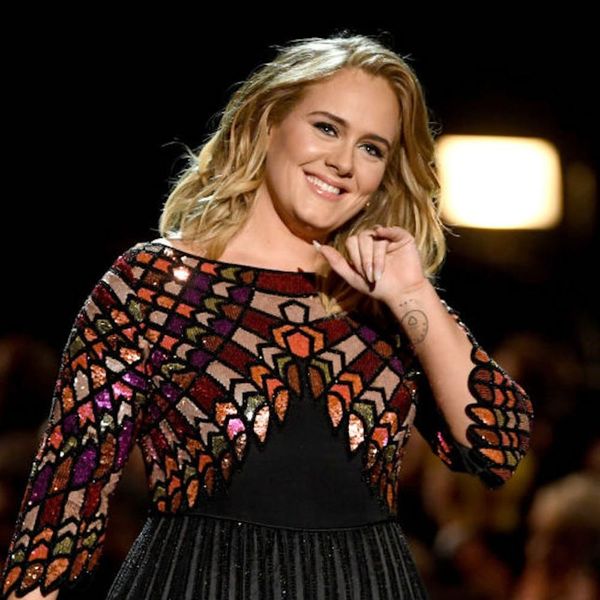 Adele has always had a special relationship with her fans. When she’s had to cancel shows in the past, she’s taken a personal approach with an honest and emotional video apology. Now, her fans are returning the gesture by having her back through more recent show cancellations, not only sending their love to the singer, but showing up to hold their own mini Adele concerts.

After performing two of her four sold-out Wembley Stadium shows in late June, Adele announced to her fans via Twitter that she had damaged her vocal cords and would need to cancel the remaining two shows — the final two of her tour and, some are speculating based on a note included in the show’s program, of her touring career. Adele acknowledged the time and money fans may have spent arranging travel, accommodations, and tickets for the shows, all but begging for forgiveness. And while some did express their disappointment at the cancellations on Twitter, many more showed up to support Adele, letting her know they love her nonetheless.

Fans started flocking to Wembley Stadium anyway, bringing signs, guitars, keyboards, and their enthusiastic voices to perform Adele’s songs in a show of solidarity. “You couldn’t perform for us, so we performed for you!” one social media post said, with a camera panning from the cancellation sign to reveal a pack of fans singing Adele’s “Turning Tables.” It honestly gives us chills.

You couldn't perform for us, so we performed for you! We love you so much! ❤ @adele #singforadele #weloveyouadele

No concert tonight but we do come together and we sing… just for Adele.. 😍😭🎤❤🙌 #WeLoveYouAdele #SingForAdele pic.twitter.com/3zCgTOVfMU

Fans are still sharing videos using the #SingForAdele hashtag, where they’re also sending well wishes and letting their girl know they’re worried — and that they’re behind her 100 percent.

Adele hasn’t tweeted since announcing the cancellation of her two shows, but we can bet that if and when she sees this outpouring of support, she’ll be more emotional than all of us over it.

What do you think of Adele’s fans having her back? Let us know @BritandCo!