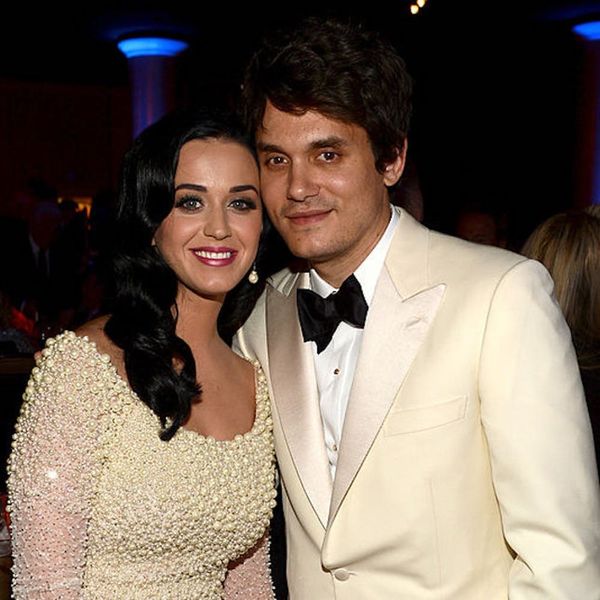 John Mayer responds to Katy Perry and Kendall and Kylie are in hot water (again) in this morning’s top news stories. Check those and more out below in the Morning Buzz!

1. Katy Perry recently revealed to James Corden that between ex-boyfriends Orlando Bloom, Diplo and John Mayer, Mayer was her top pick for his bedroom skills. Mayer is now responding in a way that is pure WTF, telling Rolling Stone, “I don’t have a cool-enough thought for you.” A gracious enough way to avoid the question, to be sure, but Mayer didn’t stop there. He went on to say, “I’ve hacked this game. I pay very little of the price of fame now. I get to play the music that moves me the most. I’m having the time of my life. I’m 39 — I remember 32. I don’t wanna do it again.” We think what Mayer was TRYING to say is that at this point in his career, he doesn’t want or need to get involved in the sorts of headlines Perry’s comments caused — we think. (Photo via Larry Busacca/Getty)

2. Kendall and Kylie Jenner’s new t-shirt line is causing social media controversy. The Jenner sisters are getting major backlash for their newly released, limited-edition collection of vintage-inspired tees, which feature their faces and logos superimposed over iconic rap and rock artists such as Tupac, Biggie, Pink Floyd, Metallica, and more. Criticisms range from calling the shirts “disrespectful and tacky,” to overpriced (they’re $125 USD each), with some even claiming cultural appropriation. With some of the stock already listed as running low, however, it doesn’t seem to be hurting their sales.

💌😢😭✒❤Photo by Traci @tracii_m Translation by @wannabeadkins Adele @Adele's letter from her your book! "So this is it after 15 months on the road and 18 months of 25 we are at the end. We have taken this tour across uk+ Ireland, throughout Europe, all over America and I finally got to go to Australia and New Zealand too. Touring is a peculiar thing, it doesn't suit me particularly well. I'm a real homebody and I get so much joy in the small things. Plus I'm dramatic and have a terrible history of touring. Until now that is! I've done 119 shows and these last 4 will take me up to 123, it has been hard out an absolute thrill and pleasure to have done. I only ever did this tour for you and to hopefully have an impact on you the way that some of my favourite artist have had on me live. And I wanted my final shows to be in London because I don't know if I'll ever tour again and so I want my last time to be at home. Thank you for coming, for all of your ridiculous love and kindness. I will remember all of this for the rest of my life. Love you. Goodnight for now" ❤️Adele #Adele #Adelettes #AdeleLive2017

3. Did Adele hide a goodbye note saying she’d never tour again in her tour programs? Adele played the first of four nights at Wembley Stadium in London, UK, to finish off her current tour, and one fan posted what looks to be a handwritten/photocopied note from Adele that was included in the tour program. “I wanted my final shows to be in London because I don’t know if I’ll ever tour again and so I want my last time to be at home,” the note says, after the author (presumed to be Adele) detailed the grueling schedule. There’s been no confirmation from Adele’s camp about whether or not this note is real — or if the sentiment is true — but it has been suggested in the past that her touring years may be winding down. Adele, don’t go!

4. Prince William and Prince Harry will attend a graveside service for their mom Princess Diana’s birthday. Kensington Palace has confirmed that on July 1 (AKA Diana’s would-be 56th birthday) her two sons, the Duchess of Cambridge Kate Middleton, Prince George, and Princess Charlotte will join Diana’s family for a private memorial service. The ceremony will serve as a rededication of her grave and comes nearly 20 years after her death on August 31, 1997. (h/t People; photo via Dan Kitwood/Getty)

5. This pic of Liam Payne and baby Bear in matching zebra Yeezys is going viral. Liam Payne and Cheryl Cole have only previously shared one pic of their new bundle of joy, but if they never post another one again, it will be okay, because the cuteness Payne gave us with this father/son twin post yesterday is all we could ever hope for.

6. Quote of the day: “When all Americans are treated as equal, no matter who they are or whom they love, we are all more free.” An older pearl of wisdom from Barack Obama that remains as relevant as ever.

What do you think of John Mayer’s response to Katy Perry’s bedroom ranking? Let us know @BritandCo!