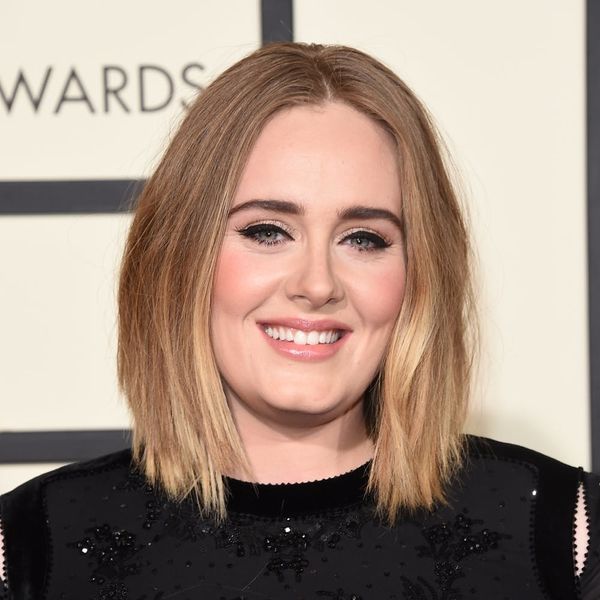 Can’t… stop… loving… Adele. Seriously, from her out-of-this-world talent to her totally relatable IRL moments, she’s the kind of gal we all want as our new bestie. Especially when she gives us glimpses at her — dare we say “imperfect?” — perfect self. Granted, with her surreal voice and ever on-point look, it’s hard to imagine Adele ever messing up. But it happens, and it’s freakin’ hilarious when she does, not to mention completely relatable.

In this black and white mini vid posted by Pop Crave, we see a close up of the singer, her eyes closed as she prepares to go deep into the music. But then… “S–t, wrong words. I started singing the verse instead of the chorus,” she explains. “S–t, s–t, s–t. Should I sing the right words? Sorry.” She laughs (and curses) through her flub-up and, of course, made fans love her even more as they clapped and laughed along with her.

Adele forgot the lyrics to her song and this was her reaction. 😂 pic.twitter.com/n1EyHwXM56

It isn’t the first time Adele has gotten so into her performance that she’s ended up messing up her lyrics — check out the vid below to see the singer sing the wrong words at a Manchester concert.

Really, though, Adele could be singing the ABC’s along with her music and it would still probably sound amazing. But hey, if this proves anything, it’s that the singer does it all live!

Do Adele’s mistakes make you adore her more? Tweet us @BritandCo!